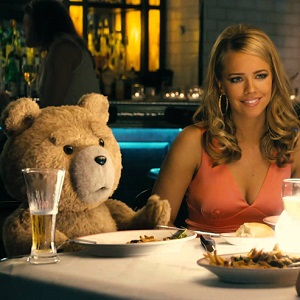 [Blind Gossip] This very wealthy couple with a famous last name dined almost every day at the same high-end restaurant.

They did not dine alone.

They brought two large teddy bears with them. The bears were given their own seats and place settings and and the couple called them “our children.”

The wait staff had to act like this was all perfectly normal. They would say things like, “Each of our children may have one glass of wine tonight,” or “He’s been a good boy and he would like dessert,” and we would have to serve the bears wine or cake as if they were people. No, I’m not kidding.

The weirdest thing that happened was at Christmas. They gave each of the bears a gift: A Rolex watch! The staff had to stand around and watch them as they unwrapped the watches and put them on the bears’ wrists and exclaim how beautiful they were. It was crazy.

By the way, while they were giving their stuffed bears $10,000+ Rolexes, they were only tipping our wait staff the minimum!

The couple are heirs to a major automotive company. You probably would not know them individually, but the company name came from their last name.