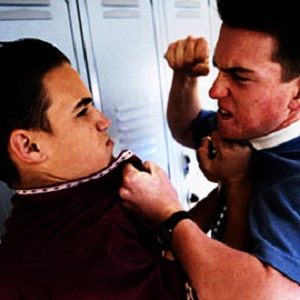 [Blind Gossip] You might soon see a story about a young TV actor who is still upset that his ex-girlfriend (a TV actress) cheated on him.

Because of that, he supposedly is having some sort of war of words with the young male singer who stole her away.

Since all three were at The Teen Choice Awards, it seems entirely plausible that this happened, and that the two guys are going to wind up in some sort of schoolyard brawl.

Except… none of it is real. The relationship with Actor and Actress was completely fake. It was only for publicity reasons. He doesn’t care who she dates or “dates.”

You can guess why Actor needs to pretend to have a girlfriend. In fact, it’s just about time to match him up with a new one! Yes, that’s coming soon.

[Optional] If you were a young, single celebrity, would you agree to have a fake relationship with another celebrity for some publicity?