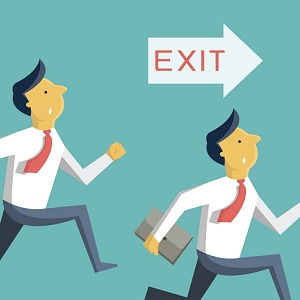 [Blind Gossip] This very rich and famous man is losing it!

He’s coupled up with more than one famous woman and is supposedly worth at least $1 billion. However, he is getting a vote of “no confidence” from the people who know him best, and they are running for the exits!

Every top executive at [the company] is quietly planning their exit. The whole thing is a house of cards and they want to get out before it collapses. He’s putting on a show like everything is fine, but it definitely is not. He is not the genius that everyone thinks he is, but you don’t figure that out until after you’ve worked here awhile. I think there’s something mentally wrong with him. He gets easily distracted (especially if there is publicity involved), he really doesn’t know how to run a business (which is frightening for a man in his position), and he lies constantly. I guess he has to keep lying though, or all the investors will run.

Sounds like it’s time to get off this sinking ship!

BG Note: Although “house of cards” and “sinking ship” sound like clues, this has nothing to do with either Kevin Spacey or Johnny Depp.

[Optional] What do you think will happen to his business?