[Blind Gossip] After months of falling apart while swearing that there was nothing wrong with him, this male singer has finally gone to rehab. We know where he is and how he’s doing!

He is not in one of the fancy West-coast rehab centers like Promises. He’s in [an East-coast facility north of New York City]. He’s supposed to be here for 60 days and he’s just starting, so he still has to get used to the routine. The facility has sort of an odd mix of rules. There is military-like discipline, but residents have access to the Internet and their social media accounts. That turned out to be a problem for him.

The problem was that instead of focusing on the program, he was continuing to engage with fans on social media. It took a while, but his team finally persuaded him to give that up. They have successfully taken over his accounts, and he is now completely focused on getting well.

We wish him well in his recovery.

Similar: Not Eating Or Sleeping

[Optional] Do you think he’ll make it through the entire program? 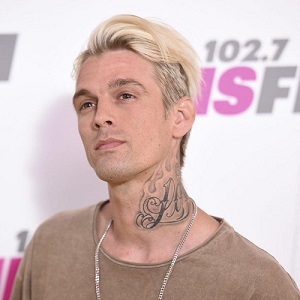 Aaron Carter did go to rehab… but has already checked out!

He was supposed to stay for 60 days. He supposedly left after 14 days (although we believe his stay was actually even shorter than that).

As Blind Gossip reported to you a few days ago, Carter was having a tough time staying off of social media while at rehab.

The facility (which we will not name, but which is located in Connecticut) allows patients access to the internet. Carter could not stop using social media to engage with fans.

Worried about his lack of focus and commitment to recovery, his team told him they wanted to take over his account. Cater allowed them to do so… but apparently changed his mind just a couple of days later.

He was spotted in LAX on Wednesday or Thursday, and it is now confirmed that he has checked out of rehab. From The Daily News:

Aaron Carter’s reps have confirmed to the Daily News that the “Sooner or Later” singer checked out of rehab after just two weeks. The 29-year-old isn’t giving up on his journey toward wellness, however.

“Aaron has left the facility where he has been working on his wellness. Several legal and personal matters arose that requires his immediate and in-person attention,” representative Steve Honig told The News.

“He is still very much committed to his wellness and will be continually working toward being the best person possible.”

Addicts are liars. That’s all.

Congratulations to MissELace for being first!

All of you who expressed doubt that he would make it through the entire program have now been validated.