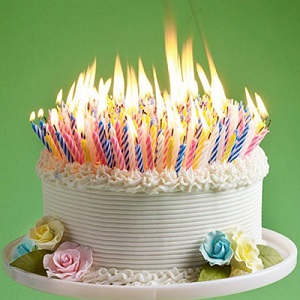 [Blind Gossip] This film franchise is allegedly stalled out over one cast member’s reluctance to do another installment.

However, don’t believe what you are hearing that the franchise is done!

The potential payday is too good for ANY of them to pass up. They just have long-simmering conflicts over money, creative control, and personal relationships, so it’s going to take a while longer to smooth things over.

In the meantime, let’s share a little story about how a personal conflict played out in one of the installments!

Do you remember that really short birthday scene? Completely unnecessary and didn’t serve the narrative at all.

[Older Actress] is no dummy. She knew exactly what it was about, but she had no creative control and could not veto the scene. She was plenty pissed about it, though. I heard she called it the “Happy F*cking Birthday” scene.

Similar: Birthday As A Plot Line

[Optional] Do you want to see another installment of this franchise? 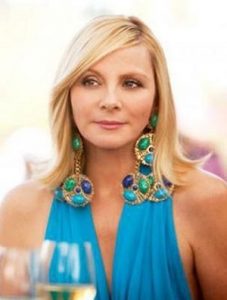 Franchise: Sex and the City

The hold up? Kim Cattrall.

On SATC, Carrie and Samantha are best friends.

Catrall is 61 years old. All the other women on the series are approximately ten years younger. During the TV series and the films, Parker formed a little Mean Girls Club to exclude Cattrall from socializing activities with her and the two other female principals on the TV series.

As a producer, SJP also encouraged the writers to exclude, takes digs at, and play with the mortality of Cattrall’s character, Samantha Jones, whenever possible.

They gave Samantha Jones breast cancer, put her through menopause, moved her to the West coast, had her gain weight, and highlighted the fact that she was ten years older than the other characters at a 50th birthday party.

The latter is the plot line referenced in the original blind item.

These events were more about SJP exerting a nasty dominance over Kim Cattrall than they were about serving a plot line.

Understandably, Cattrall is now reluctant to do another film. And Parker is now blaming Cattrall for being a diva and making ridiculous demands and preventing everyone else from making money on a new project.

A couple of days after we ran our blind item, other media sources validated that part of this battle was about the way Catrall’s character was being humiliated in the series.

“She was willing to have a conversation, but she needed to hear something she hasn’t heard before — namely, that they would treat her character with some dignity and respect — and they wouldn’t even engage in that sort of discussion,” the source says.

The source says that Cattrall’s Samantha had “one humiliating plot line after another” in the two movies made after the series wrapped. In the first, Samantha ends up gaining weight after distracting herself with food to avoid cheating on her boyfriend, who she eventually breaks up with. She ends the film turning 50. (Both Samantha and Cattrall, now 61, are the oldest of the SATC leads.) In the second movie, Samantha was going through menopause and experiencing hot flashes.

“And yet she never wanted to derail things and she’s never demanded story approval and she’s never tried to meddle with what the screenwriters and show creators thought was best,” the source says.

Money, of course, was also an issue. While Parker and series creator Michael Patrick King were producers on the lucrative movies and TV series, Cattrall and the other stars weren’t.  “Kim’s not the only one who got left out of a lot of money to be earned back when the show was on the air. Let’s just say unless you had had a first, middle and last name listed in the credits, you were not seeing any SATC money beyond your episode salary,” the source says.

Sarah Jessica Parker is now making noise about eliminating/killing off “Samantha” and bringing in a replacement as the fourth female character.

It’s sort of a “I hate your guts, but you’d better get back here and work with me… and if you don’t, I’ll eviscerate you in the media… and then I’ll replace you!” threat.

Kim Cattrall, to her credit, is not taking the bait. She is playing right along… and saying that it would be fabulous to make the new fourth a black or Hispanic woman!

This battle is not over.

Congratulations to Copssister for being first with the correct guess! 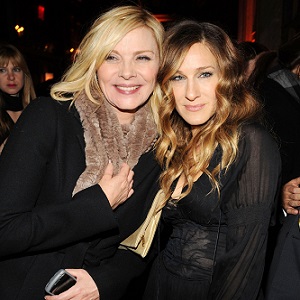 ‘Dearest Kim, my love and condolences to you and yours and Godspeed to your beloved brother. Xx’.

We told you months ago that Sarah Jessica Parker bullied and excluded Cattrall for years when they worked together on Sex And The City.

That’s why Cattrall did not appreciate the hypocrisy of Parker’s overly familiar and treacly public message.

kimcattrall My Mom asked me today “When will that @sarahjessicaparker, that hypocrite, leave you alone?” Your continuous reaching out is a painful reminder of how cruel you really were then and now. Let me make this VERY clear. (If I haven’t already) You are not my family. You are not my friend. So I’m writing to tell you one last time to stop exploiting our tragedy in order to restore your ‘nice girl’ persona.

Cynthia, hearing your voice meant so much to me. Thank you for reaching out. Love Kim #SexandtheCity.

That tells you everything you need to know about how Cattrall really feels about Sarah Jessica Parker!

Cattrall said recently that she and Parker have “never been friends.” Parker said earlier this week that she was “heartbroken” by those remarks.

I found it very upsetting because that’s not the way I recall our experience, so it’s sad, but I’m kind of — I always think that what ties us together is this singular experience. It was a professional experience, but it became personal because it was years and years of our lives, so I’m hoping that that sort of eclipses anything that’s been recently spoken. 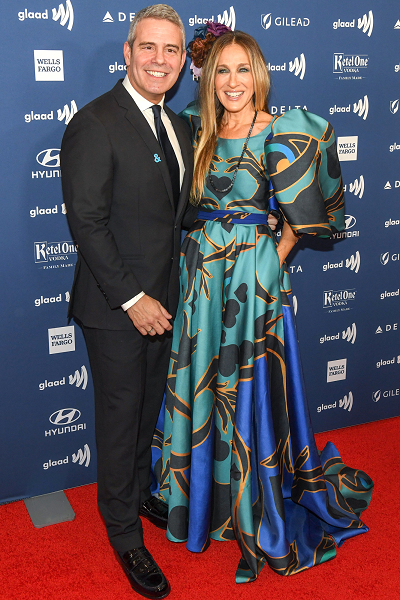 Make no mistake about it: SJP has a squad and their job is to push her “nice girl” persona.

How will this affect the SATC franchise?

SJP better start lining up those black and Hispanic actresses!