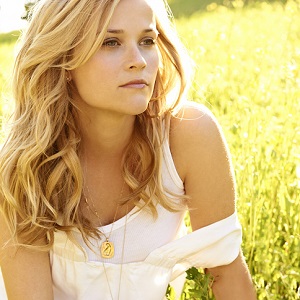 Six complex women — including Reese Witherspoon, Oprah Winfrey, Nicole Kidman, Jessica Lange, Elisabeth Moss and Chrissy Metz — debate the power and pain of strong females (onscreen and off-) amid a culture of discrimination in the industry and beyond.

We thought the most interesting part of the discussion was when the one and only Reese Witherspoon served up two blind items!

INTERVIEWER Hollywood likes to lock people into lanes, and there is a certain thing they want from you or a role that they expect from you. What is that role? And what are the roles you don’t get approached for but you feel like you’d be great at?

WITHERSPOON I started a production company five years ago because I was looking at maybe the worst script I’ve ever read in my entire life and it had two parts for women. I called my agents and said, “This is such a terrible script.” They said, “Well, seven women want it so … you’re the only one who’s not vying for the part.” And I thought, “God, if this is what we’ve come to, I have to get busy.” Because you can either complain about a problem or you can be part of the solution.

KIDMAN We created the show [Big Little Lies] for that reason. The other thing is, being a woman and having children, there are so many things I would want to do, but so much of my life is, how do I balance that? If I had my fantasy life, there are so many roles and places and things I’d want to do. I’m now at a point where I have to go, “What is that going to cost me? And what is that going to cost the people I love? Do I want to leave now to do this?” Men have that, but they don’t have it in the same way that we have it.

KIDMAN We don’t get the choices as much with our careers and our lives because a lot of it is, we have to be there to take care of everything still. Or I do. And so a lot of my fantasy life is that I can go and read a play and then I’ve done it. I then don’t have to go and actually do it because I have done it in my bedroom. And that’s what I realized at this stage of my life. That’s going to have to be enough.

INTERVIEWER Is there a way to change that paradigm?

WITHERSPOON No, that’s a choice you’re making. I was talking to this very famous actor and I said, “How did you prepare for this role?” He said, “Well, I went into the woods for three weeks and I didn’t talk to anybody.” And this person has a lot of kids and is married. And he’s like, “You did the same thing for Wild, right?” I was like, “Uh, no.” If I went away for three weeks and no one could call me, everybody would’ve had a mental breakdown. I got on a plane and was shooting within 24 hours. I wish I had prep time. I love the preparation. I love watching and reading and digging deep.

You might recall that Reese provided also provided a blind item during an interview last year (see below). Thank you, Reese Witherspoon!

Related: Reese And The Dumb Comedy

Worst Script She Ever Read:

[Optional] Do you hope that Big Little Lies comes back for a second season?