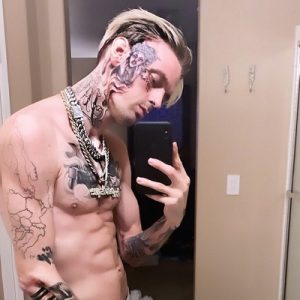 [Blind Gossip] This singer has been around for a long time.

As the number of records he has released grows, so does his tattoo collection.

While he already has a large number of tattoos, he seems to have picked up the pace in getting newer and larger tattoos.

He actually likes the pain that comes with getting a tatt. He says that he feels dead inside and that the pain is the only thing that makes him feel alive.

We’ve heard about people cutting themselves to feel pain and relieve some sort of pressure, but we haven’t heard of people who actually enjoy the pain of a tattoo.

Are these tattoos more about self-expression or rebellion… or a way for him to regularly inflict pain on himself?

That would be twisted, but he obviously has some issues going on that are more than skin deep.

Similar: Why It’s Over

[Optional] What do you think the frequent tattoos are about?