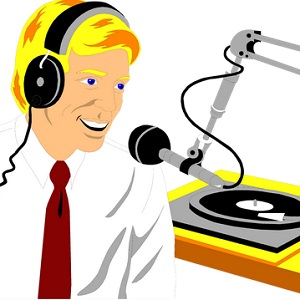 [Pop Bitch] Which radio personality has been known to make female producers this unusual ultimatum during live broadcasts:

Get your t*ts out, or I won’t play the next record – so you’ll be responsible for the station getting taken off the air!

[Optional] What do you think would happen if one of the female producers recorded him saying that and then released the recording?