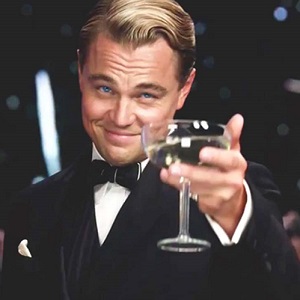 [Blind Gossip] We’ve told you before that the economics of the music industry are fickle.

Very few are in it for the sheer joy of making music.

Physical CD sales and downloads and airplay are important, but after you pay off the manufacturers, distributors, lawyers, songwriters, managers, producers, etc. there usually isn’t a lot of money left over. If any.

You have to tour.

Touring is where bands make the real money. Expenses are carefully balanced against ticket sales, meet and greets, and merchandise sales to ensure that the musicians emerge with a profit.

So when an artist or band decides not to tour, there has to be a compelling reason.

This band has said that they will not be touring because they are worried about the impact their tour will have on the environment.

It sounds thoughtful… but that’s not really the reason!

They have painted themselves into a corner as environmental activists. They can’t jump on private jets, diesel buses, etc. without being branded hypocrites. However, when they try to construct the tour without those things, the logistics don’t work and the tour doesn’t make money!

Is it the entire tour or just a couple of legs of the tour that are the problem?

They talked about how they would need to pull a DiCaprio (preaching one thing while doing the opposite) for most of the tour to make it profitable.

Could they do an abbreviated tour just to please the fans?

The bottom line is that they will not go on tour at all if they can’t make money. However, they will still get some benefit by martyring themselves as if they’ve made a great sacrifice. Just know that it wasn’t really an environmental decision. It was a financial one.

Well as long as they are martyrs, that’s the most important thing!

[Optional]: What would you pay to see them perform?