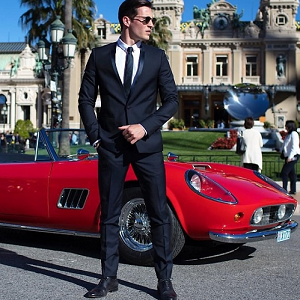 Rather than hanging out with other actors, she has always had a lot of “rich kid” friends.

A lot of them are trust fund babies or the sons and daughters of wealthy or famous or important people.

She used them as much as they used her. They would get to name drop her and she would let them pick up the tab for things like drugs and luxury vacations.

Perhaps that name-dropping bit used to work, but her reputation has foundered a bit in recent years. She is not a movie star any more, and her business ventures have not panned out for the most part.

The drugs part is interesting, though.

What happens when one of her trust-fund drug buddies baby friends runs into serious trouble?

She is freaking out right now because she’s done drugs with [Rich Male Friend] many times. If there is some sort of police investigation, she is worried that her name will come up.

Well, a lot of people already know that Former Child Star has used drugs. So, unless she was his dealer or was with him the night he passed, we doubt this will turn into a John Belushi-type scandal for her.

You know who should be more worried? That other American actress with the famous name.

[Optional] Where will Former Child Star be in ten years?