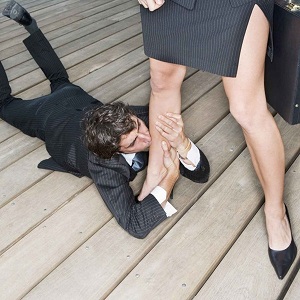 That story (like all of the others) was planted by HER to make HER look good!

She wants people to think that she is so wonderful that he would do anything to have her back. Well, contrary to what she is saying, he did not get sober to win her back. He got sober because that was the only way he could see his kids. Of course, though, she wants it to seem like he can’t live without her and is practically begging her to come back to him!

[Optional] Should they get back together?

A couple of weeks ago, a story came out accusing Angelina Jolie of questionable behavior in how poor children were treated during an audition process for one of her films. From EW: 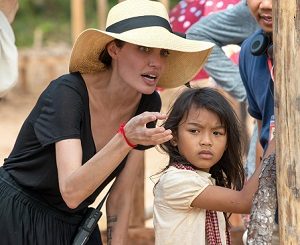 Angelina Jolie is ‘upset’ over a Vanity Fair story she says mischaracterized the auditions some Cambodian children went through for her film.

Jolie and her collaborators “looked at orphanages, circuses, and slum schools, specifically seeking children who had experienced hardship.”

The casting directors set up a game “rather disturbing in its realism,” in which they placed money in front of children, asked them to think of something they needed the money for, and then snatched it away.

Jolie refuted online criticism suggesting that the auditions were exploitative or cruel. “Every measure was taken to ensure the safety, comfort, and well-being of the children,” Jolie says. 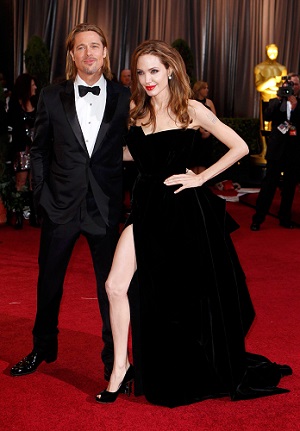 Noooo! How could Jolie maintain the narrative that Brad Pitt was the bad person in their marriage if she was practically being accused of child abuse herself?

Jolie and her team needed to quash that negative publicity ASAP!

The best way to do it? Well, they knew that the media could be easily distracted with the flash of a leg… or a story about her and Brad.

Given that the Jolie-Pitt divorce was the biggest gossip story of 2016, they knew that broadcasting even the possibility of a reconciliation would immediately take over the headlines and bury the auditions story.

Since it was coming from her team, the angle was that Brad Pitt had stopped drinking in an effort to win back Angelina and that the divorce was now on hold while the morally superior Angelina graciously considered a reconciliation.

Of course, the media ate it up. It was the top entertainment industry story in every publication:

“The Divorce is OFF!”

“Angelina Jolie Thinking Of ‘Getting Back Together’ With Brad!”

“Brad Pitt and Angelina Jolie’s Divorce Is On Hold!”

“Report: Angelina Jolie and Brad Pitt’s ‘divorce is off'”

Except… it was all FAKE!

The entire Jolie-Pitt reconciliation story was a complete fabrication. The couple is proceeding with the divorce as planned and is NOT getting back together.

However, the story DID succeed in completely quashing the Jolie auditions story. Knocked it right out of the headlines. It also succeeded in putting Jolie back in the position of being the saintly person thinking of possibly forgiving Pitt and allowing him to win back her respect and affection.