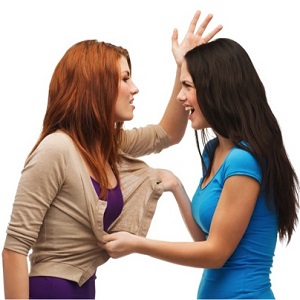 Since they are all around the same age and in the same profession, you would have thought that they would have been happy to spend some time together. However, there was definitely some tension between two young actresses at the event.

[First Actress] said “Warn me if you see that skank coming over here, so I can walk away instead of punching her face in!” Apparently they had some sort of fight a year or two ago over some actor they both liked and haven’t spoken since.

Both young ladies managed to get through the event without a single punch being thrown.

Similar: What Her Boyfriend Tells Other Girls

[Optional] If the two actresses you selected did get into a physical fight, which one would win?