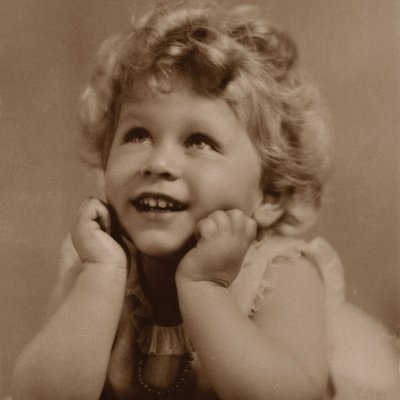 [Blind Gossip] This adorable little angel grew up to be one of the most famous women in the world.

She is not known for the movies she made nor the songs she sang.

She did not become famous by marrying someone famous, constantly talking about herself, or by playing the victim for headlines.

She simply did her (very important) job well, was kind to people and never complained.

She carried herself through her entire life with class, charm… and a cheeky sense of humor!

In the words of William Shakespeare, may “flights of angels sing thee to thy rest.”

Who is our little angel?

[Optional] How would you describe her? 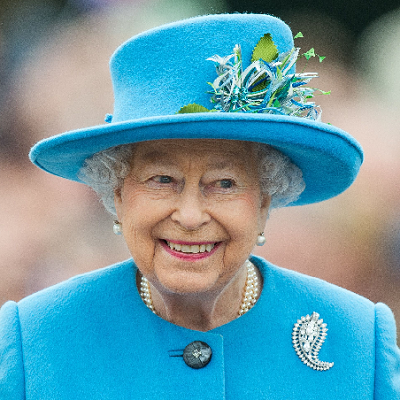 Many people think that Elizabeth was born to be Queen. Actually, her reign was accidental.

Her uncle, Edward VIII, became King in 1936.  Only a few months into his reign, he proposed to Wallis Simpson, an American who had divorced her first husband and was seeking a divorce from her second. 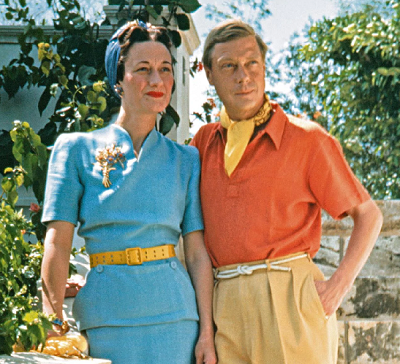 Because Edward was the titular head of the Church of England – which frowned upon divorce – this created a constitutional crisis.

After serving as King for less than a year, Edward VIII abdicated the throne in 1936. He was succeeded by his younger brother, George VI. 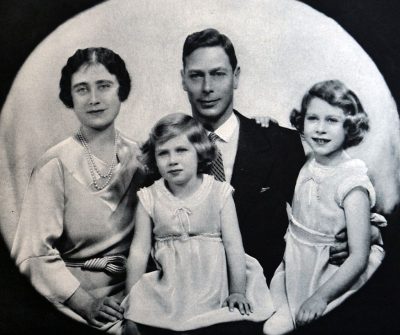 When George died in 1952, he was succeeded by his oldest daughter, who was titled Elizabeth II.

Elizabeth was only 25 years old when she became Queen. Twenty five. However, she accepted the responsibility and went on to represent the United Kingdom and The Commonwealth with maturity, dignity, and grace for 70 years. 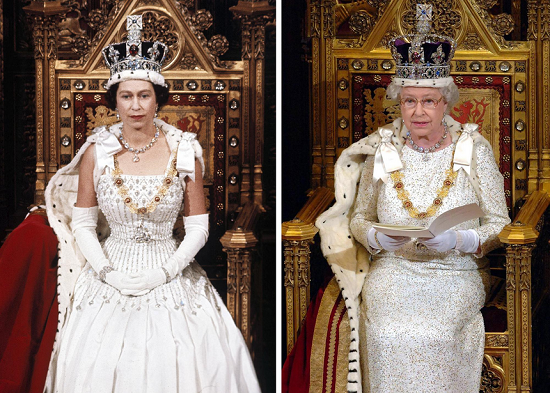 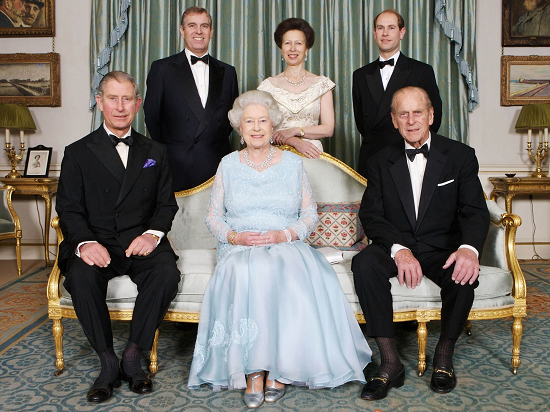 Elizabeth is succeeded by her eldest son, Charles, who will be crowned King Charles III.

Her passing at the age of 96 was marked with the pomp and circumstance befitting her long reign.

Here are some photos from today’s final ceremonies. 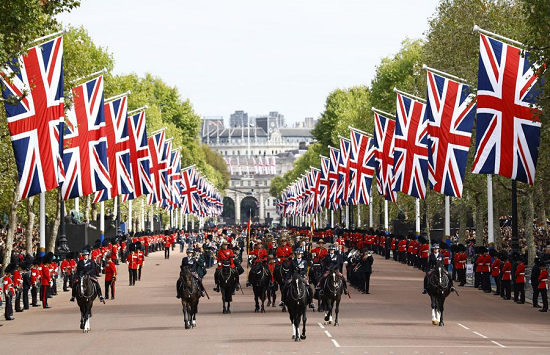 Members of her family marched in the procession. Those not allowed to wear a military uniform had to settle for morning coats. 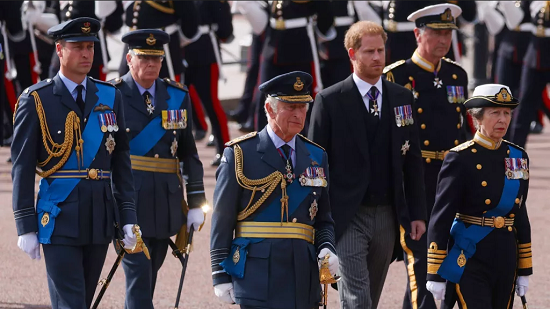 Other members of her family stood outside the church as the procession passed. Camilla, Kate, Sophie, George, and Charlotte were all close to The Queen. 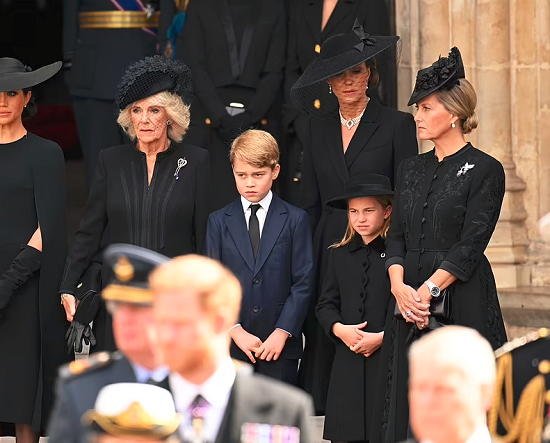 Kate Middleton – now Princess of Wales – wore a necklace and earrings that were gifted to her by Queen Elizabeth. 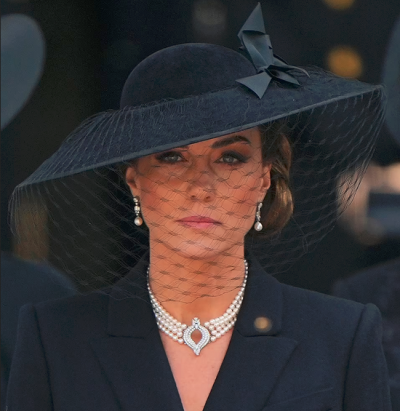 The two were very close and the necklace was one of Queen Elizabeth’s favorites. 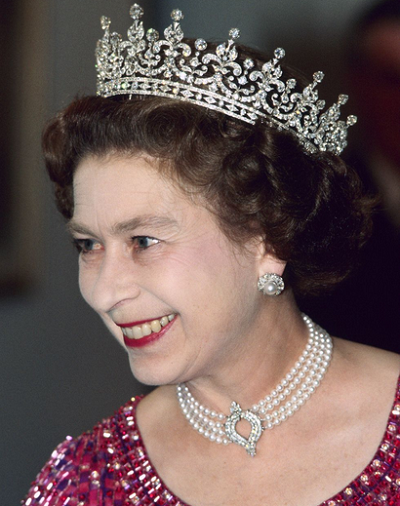 The two women had a special bond. They respected each other and enjoyed each other’s company. 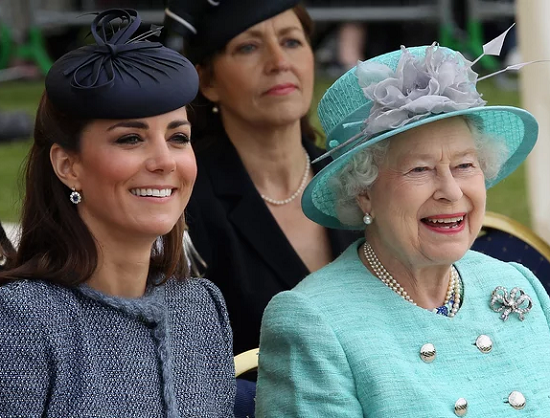 Members of the public who loved, respected, and supported The Queen their entire lives were genuinely saddened at her passing. 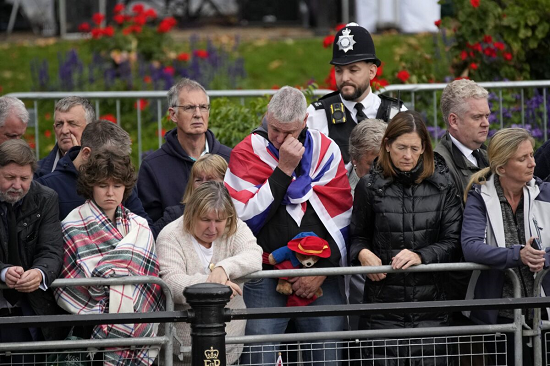 Meanwhile, an actress in the crowd wiped away a tear. 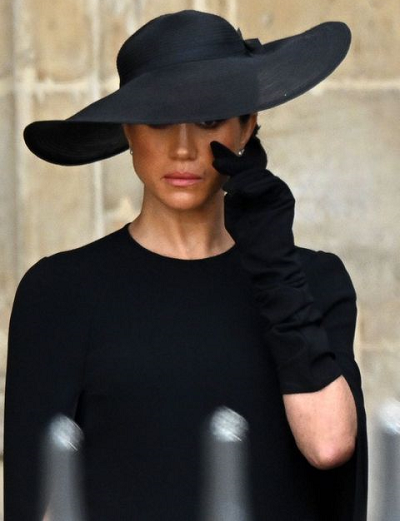 Other members of the family were relegated to the second row. 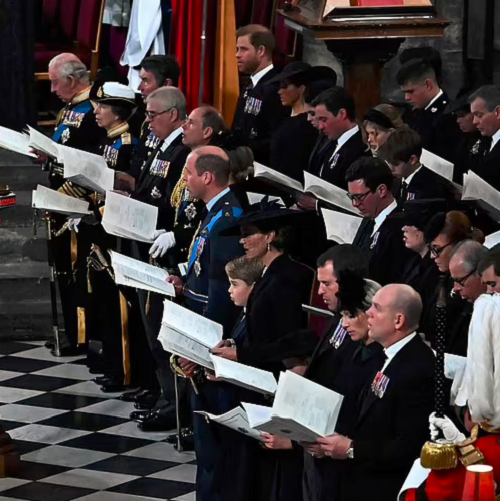 Here’s another photo of Prince William with Kate, George and Charlotte in the front row on the right side of the aisle. 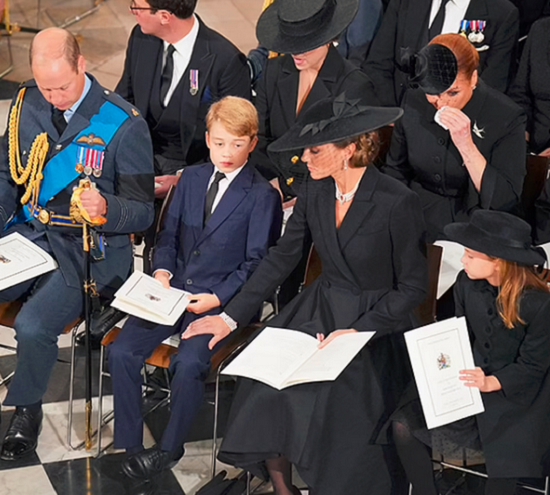 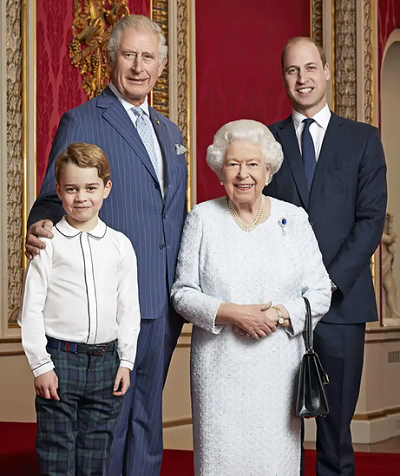 Queen Elizabeth II – with the Imperial State Crown resting on top of the Royal Standard – was carried by the Bearer Party into Westminster Abbey. On the floor you can see the grave of the Unknown Soldier. 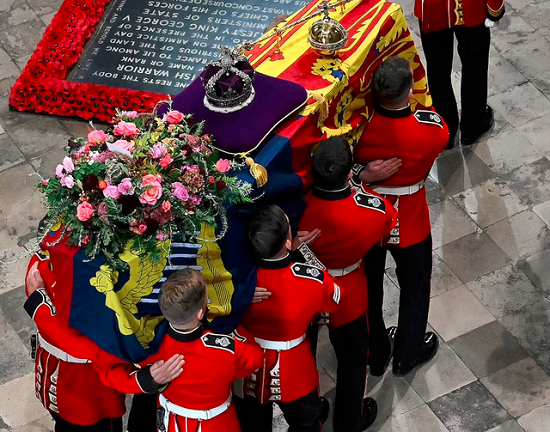 On Queen Elizabeth’s final journey to Windsor Castle, the streets of London were lined with crowds twenty people deep who were there to pay their respects to the world’s longest-serving monarch 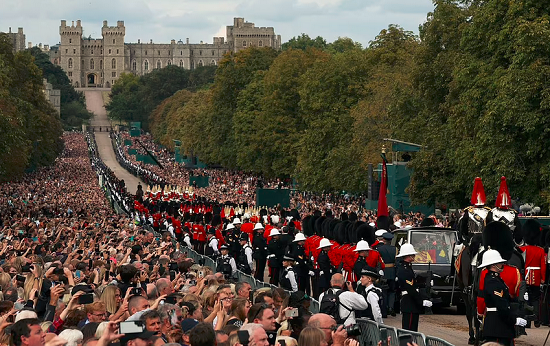 “May flights of angels sing thee to thy rest…” 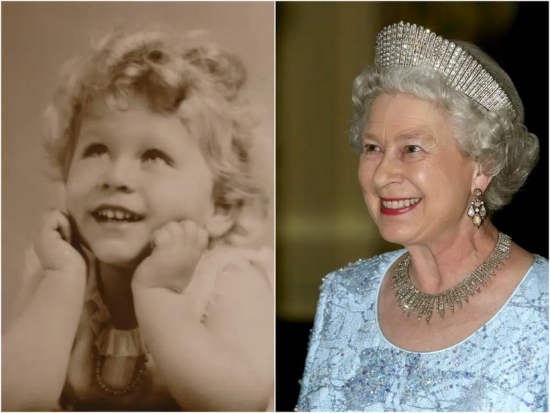