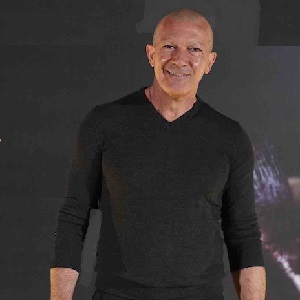 [Blind Gossip] This smiling man has been in the entertainment industry for more than twenty years.

He used to be married to a well-known actress, but he has also achieved fame on his own.

While he is definitely musical, Smiley has never been in a band.

You might think that he is wearing a mask. Nope. That’s really him.

He was definitely NOT in the movie 127 Hours.

[Optional] Your favorite thing he has ever done?