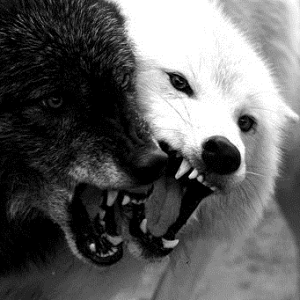 [Blind Gossip] These two entertainers are involved in a public war right now.

You would think that they hate each other… unless you knew what was really going on behind the scenes!

They do not hate each other. Their teams have actually been in touch.

Are they negotiating a truce?

No. Actually, they want to keep this going! Sort of like the rap battles of old. Personal insults, dragging people’s dating histories into it.

So are they in agreement about the subjects and the limits?

Not really. One of the things that [Entertainer B] wants to do is make this a black versus white thing, like a race war. [Entertainer A] doesn’t want to to that.

A race war as entertainment?

[Optional] What do you think of this “battle”?