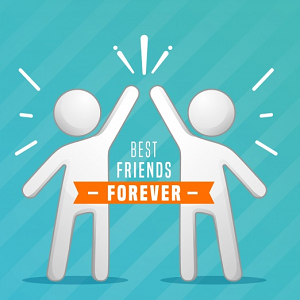 Both claimed to be good friends for many years.

The truth is quite different.

The first celebrity is an actress.

She is best known for her role in one of the most popular family movies of all time. It’s the kind of movie that you have likely seen more than once.

Our actress played a teen in the movie, although she was not a teenager at the time.

After years in the entertainment industry, she embarked on a second career. That’s how she first came into contact with the second celebrity, a famous singer.

Although Actress was considerably older than him, Singer idolized her role in that classic movie and desperately wanted to meet her.

So he hired her.

At first, everything was fine. However, just a few weeks into the job… she quit.

She was ranting about how she was never, ever going back there again!

She said, “I can’t work with him for one more minute! He’s the weirdest person I’ve ever met, he has horrible taste, and he wants me to do all these creepy things. Hello! I have a professional reputation to maintain! And my sanity!”

Her friend reminded her that Singer was one of the most famous people in the world and that she should be thrilled to have him as a client. Even if things weren’t going the way she wanted, her business would be much more successful simply by having him on her client roster.

She went back, finished the job, and thought that would be the end of it.

Of course, he loved her, and after that, he wanted to hire her again and again! Each time she just bit her tongue and did the job, even though she really hated working with him. She was very uncomfortable around him, plus she never liked the result.

He seemed to think that they were close friends. Did they ever spend any time together outside of working together?

She said he didn’t seem to have any real friends. He surrounded himself with paid employees.

She didn’t relate to him at all, but she was a kind person. She said that she once invited him over to dinner at her house because he just seemed so lonely and sad.

For years afterward, he claimed that she was one of his best friends. She always smiled and went along with it, partly because it helped her business and partly because she was just too gracious to contradict him.

Actress never once publicly contradicted Singer’s claim that she was one of his best friends.

She continued to say kind things about Singer after he passed.

[Optional] Do you think Singer had any real friends?