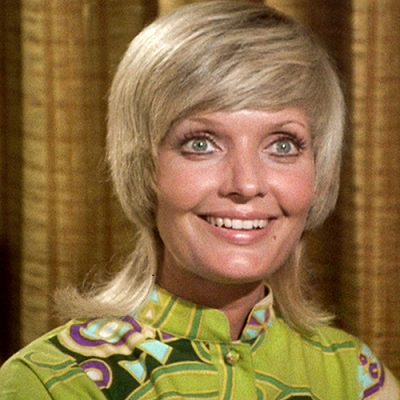 [Blind Gossip] This pretty actress is best known in the United States for two things.

The first is her marriage to a famous actor.

The second is her role on a very popular television drama series that wrapped just a few years ago.

We’re going to tell you a story that combines those two subjects in a rather unexpected way.

But first, let’s take a little side journey to a gossip story from several decades ago.

Did you ever watch The Brady Bunch? It was a cute sitcom in the 1970s about a man with three sons who married a woman with three daughters. 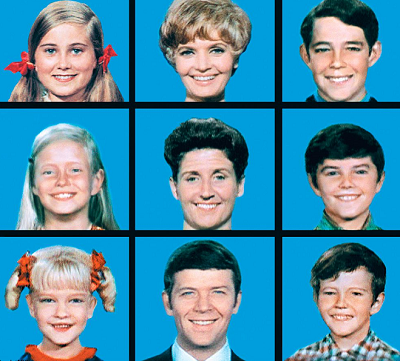 There was a scandalous rumor at the time that actress Florence Henderson, who played family matriarch Carole Brady, was having an affair with actor Barry Williams, who played her teenage son, Greg Brady. 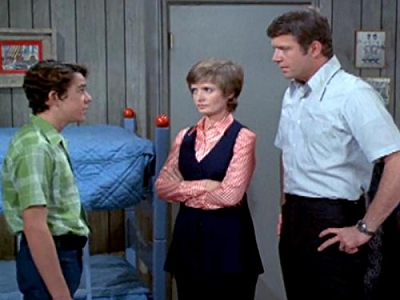 Ewww! How could you, Mrs. Brady?

Years later, Henderson and Williams acknowledged that they had dated, but claimed it was all very innocent and “got blown out of proportion.” Maybe. But the yuck factor remained.

Now let’s get back to the story of our Actor and Actress.

They have been married for more than a decade. There are kids and houses and lots of money. Unfortunately, their love is not going to be eternal. Their marriage is over. And not in a quiet way, either!

Actor has been having an affair for the past couple of years. He wants a divorce. And Actress is now using his affair to wring out maximum publicity and maximum sympathy for herself on the road to divorce.

Barely a day goes by when Actress isn’t wailing on social media about how Actor did her wrong. Fans have rallied to her side to decry the horrible cheater she married. How dare he hurt her like that!

However, before you throw all your support behind Actress – and slam Actor for his infidelity – you might want to hear this.

Actress is not quite as innocent as she seems!

She had been married to Actor for several years when she landed a role on that popular TV drama we mentioned earlier.

While on the series, she became very close to another cast member. A rather handsome male cast member.

Everyone in the cast and crew knew she was married to [Actor] so it was a huge scandal when she started having an affair with [Cast Member]. They didn’t even try to hide it. It was common knowledge among the whole cast and crew. I doubt if her husband knew.

How long did the affair go on?

They were together the whole time she was on the series but I don’t know for sure when they broke up after she left the series. I do know that they had broken up by the time they both appeared on [a related TV series] a couple of years later.

So the next time you hear Actress cry about how upset she is that her Actor husband cheated on her, know that Actress had a steamy affair of her own during their marriage!

Are you wondering with whom she had that affair?

Well, there’s a reason we told you The Brady Bunch story.

[Optional] Your prediction for the divorce (disclosure of affairs, kids, houses, money)?