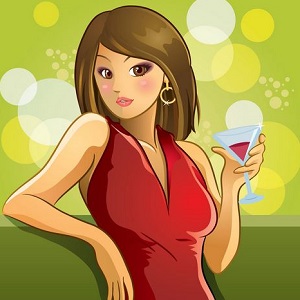 [Blind Gossip] This very pretty actress has been around forever and has starred in more than one successful TV series.

She was recently involved in a physical altercation with a man.

Was this a one off?

She has a couple of issues going on. She has depressive episodes and she also has a drinking problem. She parties a lot and gets very mean and aggressive and physical. I’m not saying that any man has the right to hit her back. I’m saying that she is the instigator a lot of the time. When you put her together with a man who also drinks, it’s like putting a match to fireworks.

The drinking has apparently been an issue for years. Although it has not been part of any publicly released court documents, we have heard that it is the reason she does not have custody of her child/ren.

[Optional] Does a man have the right to defend himself if a woman gets physically aggressive with him? What are the limits? 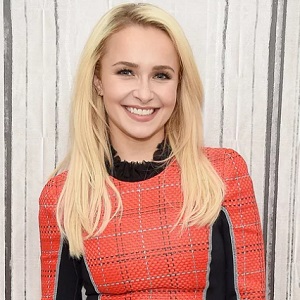 A couple of months ago, your friends at Blind Gossip told you that actress Hayden Panettiere (Heroes, Nashville) no longer had custody of her child.

Hayden lost custody of Kaya – her daughter with boxing champion Wladimir Klitschko –  because her drinking made her an unfit parent.

Panettiere’s inability to control her drinking has flared up occasionally in public. It also led her to date a man who also has a drinking problem.

Do you remember that incident last year in Malibu, when she was walking around barefoot and vomiting over railings? 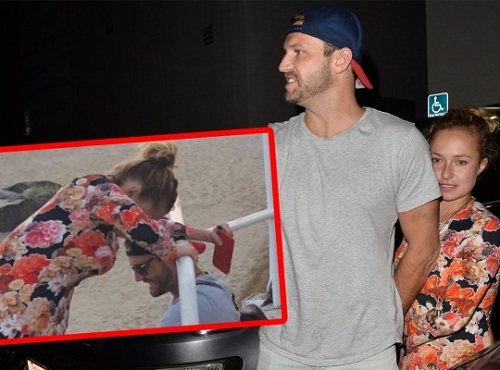 Hayden Panettiere was spotted wasted and barfing in public after splitting from longtime fiancé Wladimir Klitschko. The “Nashville” vixen chugged two potent Long Island Iced Teas before dinner at a Malibu hot spot, then embarrassed herself in front of new beau Brian Hickerson, sources said. “It’s not the sort of behavior you’d expect in a place like that,” dished a spywitness who saw the petite blonde vomiting over a railing at Gladstones restaurant.

That drinking incident was not a one off.

She and Brian Hickerson continued to date. They got drunk together. Then they would argue. Then it would turn violent. Then he would beat her.

Those beatings were not a one off, either. Eventually, he was caught and arrested.

Now that you have the whole picture of the drinking and the violence, you can understand why Hayden lost custody of her child.

Kaya, 4, has been living in Ukraine with dad Wladimir Klitschko since he and Hayden Panettiere split last August

Hayden Panettiere remains apart from her 4-year-old child as her current boyfriend faces charges of abuse, a source tells PEOPLE.

The Nashville actress, 29, has been living away from her daughter Kaya ever since her breakup with the child’s father, Wladimir Klitschko, last August.

“Her life is in flux with her daughter living away, and she has other issues weighing on her mind,” the source says.

Kaya has apparently been living in Ukraine with Klitschko, 43, since last summer. In February, Panettiere went on vacation and shared a photo of Kaya strapped into a car seat.

Panettiere’s relationship with her boyfriend, Brian Hickerson, has been concerning her family and friends due to his alleged domestic abuse. The source told PEOPLE earlier this week that her loved one’s are “are begging her to straighten up and move ahead” from the aspiring actor, who faces a felony charge in connection with an alleged domestic violence incident.

Hickerson, 30, was arrested on a domestic violence charge on May 2 and released on bail. According to the felony complaint obtained by PEOPLE, prosecutors allege Hickerson “willfully inflicted corporal injury resulting in a traumatic condition upon Hayden P.”

If convicted, Hickerson faces up to four years in prison.

Her daughter is living with Wladimir Klitschko in The Ukraine, with Hayden visiting every few months.

Given the drinking problem and the violence, putting a vulnerable child in Hayden’s care is absolutely untenable. 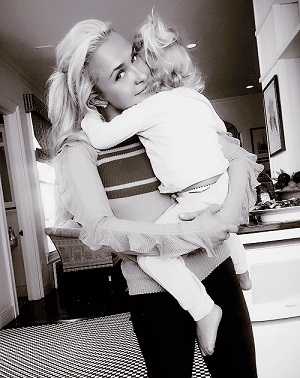 Amanduh was first with the correct response.

We wish Hayden well in her recovery, and hope that she finds the strength to get herself out of this terrible relationship!

We told you a year ago that actress Hayden Panettiere was caught up in a cycle of alcohol and domestic violence.

Those choices caused her to lose primary custody of her child.

Unfortunately, there has been yet another incident.

Hayden Panettiere got into a drunk argument with her boyfriend, Brian Hickerson… and he punched her in the face!

A spokesman for the Teton County Sheriff’s Office in Wyoming tells ET that Hickerson was arrested for domestic battery on Feb. 14. ET has reached out to attorneys for Panettiere and Hickerson for comment.

Here’s the mug shot of Brian Hickerson following his arrest. 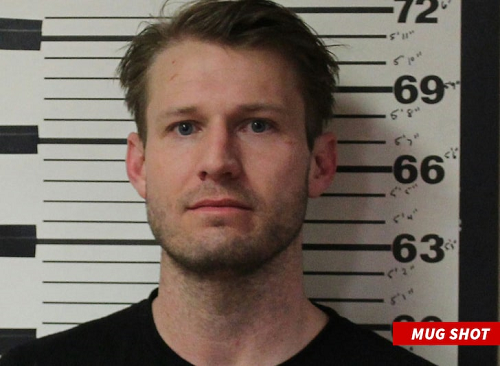 According to TMZ, the Teton County Sheriff’s Office was notified of a disturbance at a private residence at around 2:30 a.m. on Valentine’s Day and the caller said an intoxicated male was locked out of the home because he punched his girlfriend in the face. According to documents obtained by the outlet, cops allege Hickerson struck Panettiere “with a closed fist on the right side of her face” and that her face was red and swollen, and that she also had a scrape and swelling on her left hand.

This isn’t the first time Hickerson has been arrested for an incident involving Panettiere. In May, he was booked on suspicion of felony domestic violence and later charged with one felony count of domestic violence, and he pleaded not guilty. TMZ reported at the time that he and Panettiere were out drinking together before they had an argument that allegedly turned physical. A source told the outlet that the cops were called to a residence and “noticed redness and marks on Hayden’s body.”

In May, a judge also issued a protective order that was requested by prosecutors, which stated that Hickerson had to stay 100 yards away from Panettiere. However, in September, Hickerson’s domestic violence case was dismissed after a Los Angeles judge ruled to dismiss the charges as well as the protective order against him. ET learned at the time that the judge’s decision came after prosecutors told the judge that their office wanted the case dismissed.

Why was the case dismissed last year? Because the prosecutor could not secure a “material witness.”

That likely means that Hayden refused to testify against her boyfriend.

Prosecution without a witness is difficult, so the District Attorney chose to drop the case.

Panettiere was first linked to Hickerson in August 2018 after she split from her ex-fiance, boxer Wladimir Klitschko, with whom she shares her 5-year-old daughter, Kaya. Following Hickerson’s first arrest, a source told ET in September that those closest to the actress “never wanted [Hickerson] around her.” The source claimed that the former Nashville star’s inner circle “never wished badly on [Hickerson]” but they “just hope he gets the help he needs so that he can come around to being a better person.”

But by November, Panettiere and Hickerson were photographed together again, and according to multiple reports, had rekindled their relationship. 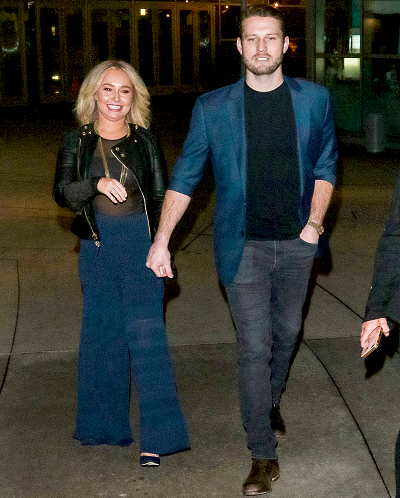 Everyone around her sees the problem, yet Hayden Panettiere seems to be unable to break free of this terrible relationship.

If you or someone you love is a victim of domestic violence, please call the National Domestic Violence Hotline at 1-800-799-SAFE (7233). Their advocates are available 24/7. All calls are free and confidential.