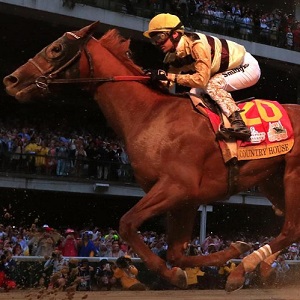 At this weekend’s Kentucky Derby, another female celebrity had one or ten mint juleps too many.

She was stumbling all over the place and was talking really, really loudly so that everyone would know she was there.  She was so drunk, at one point she was yelling about how much she loved hats, but then just grabbed her mouth and ran out of the room in the middle of a sentence as if she was about to throw up! She really made a fool of herself.

This is not the first time we’ve heard about her drunken exploits.

Similar: Thrown From The Horse

[Optional] Do you think the judges made the right call by disqualifying the winning horse, Maximum Security, in favor of the second place finisher, Country House?