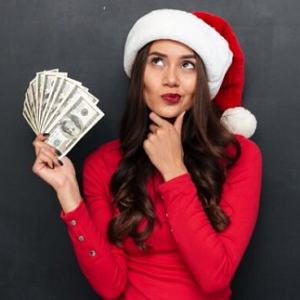 [Blind Gossip] We told you a couple of months ago that this TV star had already decided to divorce her husband.

We also told you that she was going to stretch out the announcement for as long as possible.

The more drama she created and the longer she stretched it out, the more publicity she would get and the more value she would have to the show.

Unfortunately… that stretch period didn’t last nearly as long as she wanted it to!

She wanted the show to fund trips for her and the kids back and forth to [where her husband is], to do a “Christmas in [Country]” special, and to pay her and her husband and kids for more air time where they would hash out the marriage. The show wouldn’t do it. Now they just have to use the footage they already have and that’s it.

Thus, the sudden separation announcement and the revised travel plans.

Since the show isn’t paying or filming, now she won’t even bother going with the kids for the holidays. She’ll just send them by themselves. She didn’t want to make the separation announcement now but she had to or else people would ask her why she didn’t go to [Country] if she really wanted to save the marriage.

Nobody is getting any more money or airtime.

No juicy Christmas bonus for you!

Similar: They Will Slowly Serve Up The Divorce

[Optional] When do you think she will start publicly dating again? 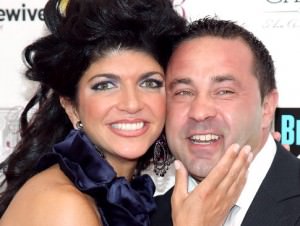 Your friends at Blind Gossip told you that Teresa Giudice had already planned to divorce husband Joe Giudice, regardless of whether he was deported to Italy after his release from jail or not.

We also told you that Teresa was willing to drag out the whole will-they-or-won’t-they divorce issue for as long as possible… if there was money to be made from it!

If slow-rolling the divorce meant that it would increase her story line on RHONJ – and RHONY would pay for her and her kids to make trips to Italy – then she was happy to do that. 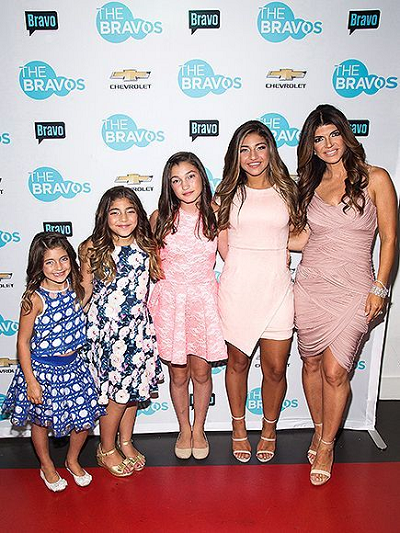 She even pitched a “Christmas in Italy” special to get the producers to pay.

The family went to visit a slimmed-down Joe in Italy in November. 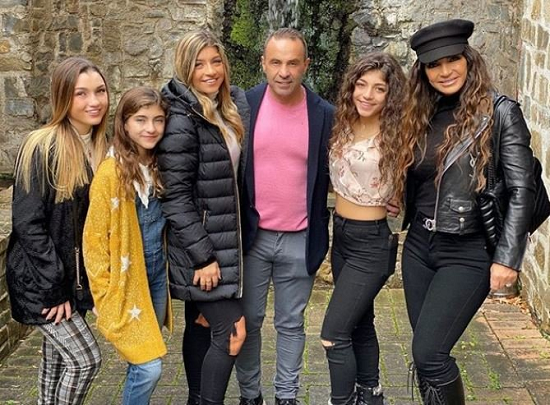 After this trip, Teresa pitched producers about extending the story line… at the show’s expense.

While this negotiation was going on in private, in public she claimed she was still deciding about her marriage and deciding where they were going to spend Christmas.

Is Teresa Giudice Headed Back to Italy for Christmas? She Answers

Teresa Giudice and daughter Audriana stopped by iHeartRadio’s Jingle Ball concert at Madison Square Garden on Saturday. The mother-daughter date night comes after the family visited father Joe in Italy, where he currently awaits a decision on his deportation.

Teresa told “Extra” she isn’t sure what the family will be doing for Christmas, saying, “We have a lot going on.” She did reveal, “I’m going to my sister-in-law’s Christmas Eve, I think… We might go to Italy… We’re still deciding.”

Their recent trip to Italy was the first time Joe and Teresa had spent time together in years.

Teresa was wishy-washy about her plans because she was waiting for RHONJ to say that they were going to pay for the trip and film her while she was there.

Then RHONJ said “No.”

Producers simply did not see the long-term value in funding Teresa’s family trips, paying to send an entire crew to Italy,  or stretching out the marriage story line.

Guess what happened next?

You’re not going to pay me to drag out this divorce? Then I’m moving on!

The Real Housewives of New Jersey stars “have been separated,” a source close to the family tells PEOPLE exclusively.

“They discussed their future when Teresa and the girls went to Italy in early November and they agreed that each had to move on. They are doing so amicably and very slowly,” the source says. “Joe has been out on a few dates, Teresa has not. She has been too busy with the girls, with work obligations and taking care of her father. She is happy for Joe. They have been very friendly with one another and are very supportive of each other’s happiness. They still love one another, but as Teresa told Andy Cohen on the WWHL special, they are separated by the Atlantic Ocean. Neither is interested in a long distance relationship.” 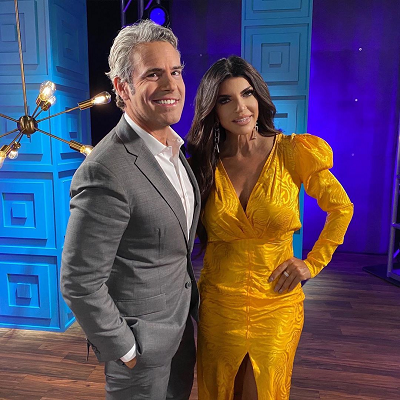 Teresa Giudice was spotted with an ex-boyfriend amid her split from husband Joe Giudice.

On Saturday morning, the Real Housewives of New Jersey star, 47, was photographed cuddling up to pool contractor Anthony Delorenzo while the pair made their way to get breakfast in New Jersey.

The 47-year-old mother of four dressed in a black puffer jacket with black jeans and lace-up boots as she walked close to Delorenzo, who wrapped his arm around her as they make their way up to the restaurant.

Delorenzo has previously appeared on the Bravo reality show this season. He and Giudice dated as teenagers.

One week? My, that was fast!

Did you notice that they mentioned her lawyer in the article rather than her publicist? That’s… interesting.

Congratulations to MrsBrady for being first with the correct response!

We asked you in the Optional section:

When do you think she will start publicly dating again?

She will start publicly dating as soon as the cash starts to fade and the screen time.

You were correct, Charity60!

We did give you one clue that should have made this blind item an easy one to solve. Teresa used to refer to her husband as “Juicy Joe.” So good for you if you caught the “juicy” clue! Munkeemunkee was first to spot it.

Joe Giudice is looking a little less juicy these days, but definitely much healthier!