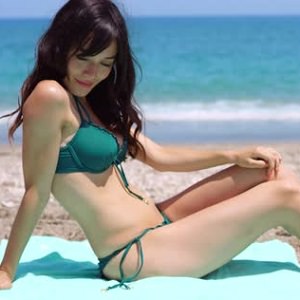 [Blind Gossip] This model was convinced that she would leave Cannes with people buzzing about how she was the new chosen girl of one of the most famous movie stars in the world!

She was trying hard, but he thought her personality was just very blah. He also said her body was mushy. Not fat, just not toned at all. He wants someone hot who’s fun to be around. She wants to meet up with him in New York, but he’s just not that into her. Since she wants to be linked to someone famous soon, she’ll probably move on and find someone else.

[Optional] Good match for him… or mushy and blah?