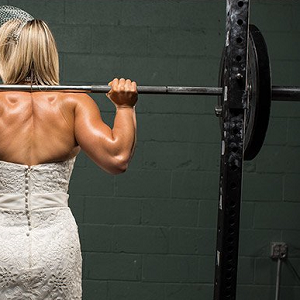 [Blind Gossip] You can be sure that this famous singer will not be on the guest list at this upcoming wedding!

The wedding is that of a celebrity trainer. She is not as important, though, as the two famous female celebrities who have very different opinions of her.

Singer used to be very close to Trainer.

When [Trainer] was up and coming in the fitness world, [Singer] hired her based on her stellar credentials.

They became so close that Trainer began living with Singer and traveling with her on tour.

After a few months of this, though, the relationship soured.

First, there were the lies. Singer did some digging into Trainer’s background, and discovered that Trainer’s fabulously impressive credentials… had been fabricated!

For example, Trainer claimed to have studied at a famous school.

No. The school said she never even took a class there.

Trainer claimed to have been in the cast of a famous Broadway show.

No. The show’s producers said that she had never been part of the show.

More drama ensued over Trainer sleeping with one of the Singer’s other employees, missing money, and multiple lawsuits being filed against Trainer.

It was all too much. Singer fired Trainer.

Undeterred, Trainer moved on to working closely with another celebrity, a famous actress.

Interestingly, Trainer and Actress are now business partners, with Actress claiming that Trainer is “the most honest person she’s ever met.”

Actress will certainly be at the wedding. Singer will not.

Actress and Singer – who used to be good friends – no longer speak to each other.

[Optional] Have you ever used a personal trainer? Worth it?