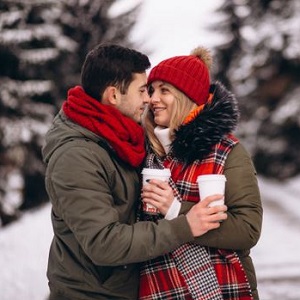 [Blind Gossip] You may recall that this movie star participated in a super high-profile dating arrangement with a younger female singer a few years back.

After the snickers that relationship generated, he has been decidedly more low key about his arrangements. The last girlfriend was about five years ago, and his most recent rumored date was two or three years ago.

Time to crank up that dating rumor mill again!

No, he is never, ever getting back together with the singer, so you can eliminated her from your list.

The new girl is interesting. She is young, beautiful, and not very famous… but she is very, very thirsty!

She’s posting photos of herself engaging in the same activities as the actor, hoping you’ll put together that they were in the same place at the same time. She’s also wearing HIS clothes in some very modely shots, hoping you’ll assume that he left them at her place after spending the night.

[Optional] Do you think they will go public? 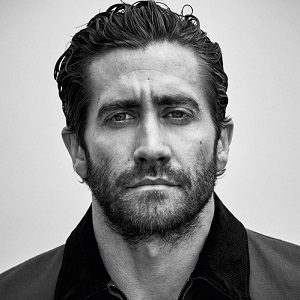 Remember when Jake Gyllenhaal and Taylor Swift dated for five minutes in 2011?

At least Taylor got a couple of photo ops and a song out of it.

Well, it’s been a long time for Jake – and the whispers have started again – so he’s joined Instagram. And he has a new pretty young thing on his arm!

This one is a French model named Jeanne Cadieu. She is 22. He is 38. We’re sure they have a lot in common. JK.

Yes, Jeanne Cadieu is the young, thirsty, modely girl we described to you a couple of months ago. She was a nobody, but will have her photo splashed all over the place now that she and Jake are public/official!

However, there is something weirdly familiar about his new relationship. 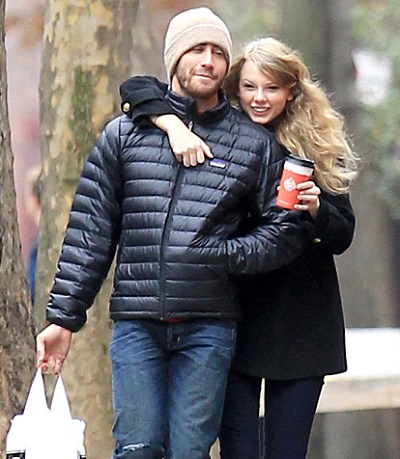 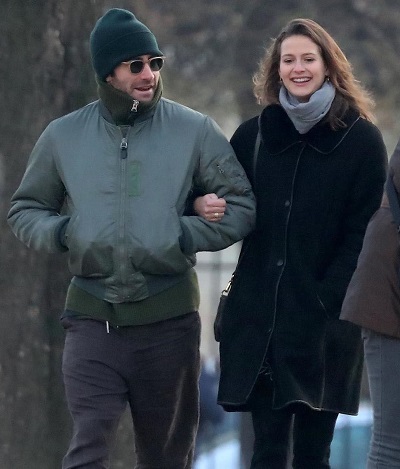 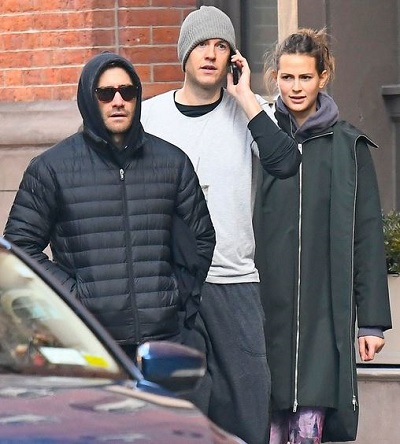 Eight years later and the walk-in-the-park photo op is back.

So is the puffy jacket.

And Jake now seems to be sharing his beanie collection with that manly man in the middle.

It looks like Jake Gyllenhaal has a special lady on his arm.

The Oscar-nominated actor was spotted by photographers out on a stroll in Paris on Wednesday. However, the star was not alone as he ambled around the city of light. He was joined by his reported French girlfriend, model Jeanne Cadieu.

According to an eyewitness, the pair looked happy as they laughed, smiled and walked arm in arm together all bundled up.

“They were smiling the whole time and looked very happy,” a source described.

However, the private star has kept mum on his new romance and does not even follow the model on Instagram, of which he became a new member himself earlier this month.

Gyllenhaal is no stranger to having relationships in the public eye. His former flames include the A-list likes of Reese Witherspoon, Taylor Swift and Kirsten Dunst.

Here is Jake with Reese and beanie. 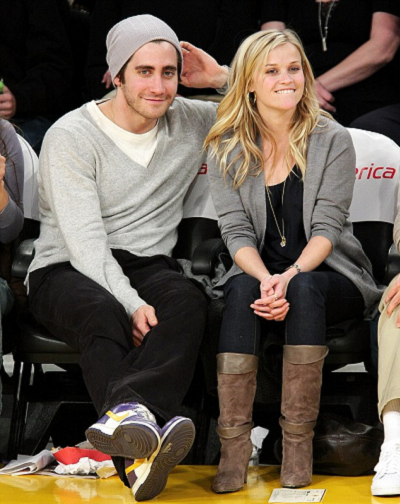 However, if years in the spotlight have taught him anything, it’s to avoid the topics of love and dating during interviews.

“I’m not necessarily guarded, but I consider intimacy to be very important and I don’t think everybody needs to know about my family or my personal details,” he said in an interview with The Guardian in 2017. “I’m old school in that way.”

Congratulations to NewHampshirite for being first to guess both Jake and Taylor!