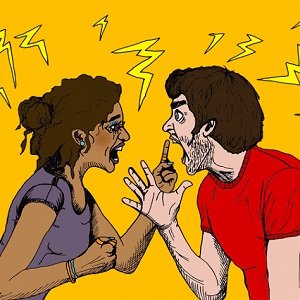 [Blind Gossip] We’ve told you before that reality show participants are expected to bring the drama if they want to stay on the show.

Other times, it’s the producers who instigate drama with their casting choices.

This one is a little bit of both!

At first she was real mad that they wanted to bring [her ex] onto the show. But then she struck a deal where she gets comped for allowing him to be a cast member. So now it’s mo’ conflict, mo’ money.

So expect her to feign annoyance and outrage and conflict for the cameras… all while she makes bank on the side for him being on the show!

Similar: Not Sure If Andy Cohen Knows This