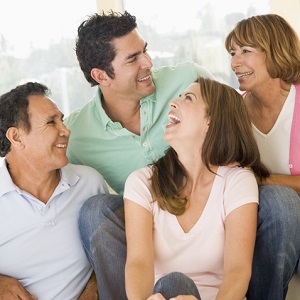 [Blind Gossip] You may have seen a photo of a famous older actor and his wife palling around with a younger female singer and her husband. It’s a rather odd pairing of two couples with seemingly little in common other than the fact that they are all celebrities.

Wondering what the connection is? Here you go:

Many years ago their son had a huge crush on [The Singer]. They wound up going on few dates together. That didn’t work out, but his family and [The Singer] got along great and they are still friends. They never talk about the fact that the son dated [The Singer].

The son and the singer both went on to marry other people. Nice to know that they all still get along, though!

[Optional] Do you think The Singer’s current marriage is a good one?