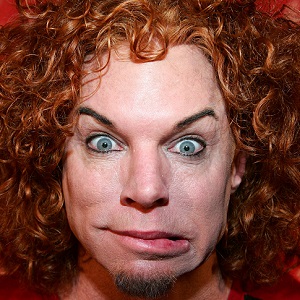 [Blind Gossip] Let’s talk about a humorous encounter at one of the Emmy after-parties last night!

A comedic actress – who has been known to indulge in a plastic surgery procedure or two – was approached by someone at the party.

I think the guest was a little drunk. She was gushing about how much she loves [The Actress], then she was like, “I just have to say: You. Look. Amazing! For a while there you were looking like Carrot Top, but now you look great!”

The Actress was like, “Okaaay, I THINK that is a compliment, so I will take it as one. Thank you!”

Good thing the Comedic Actress kept her cool… or heads might have rolled!

[Optional] How do you think The Actress looks? 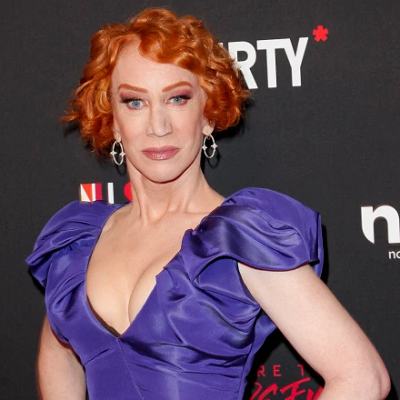 Comedic actress Kathy Griffin has been through many plastic surgeries as well as many ups and downs in her career.

You may recall that a few years ago, Griffin faced criticism for posing with a severed head made to resemble President Donald Trump. 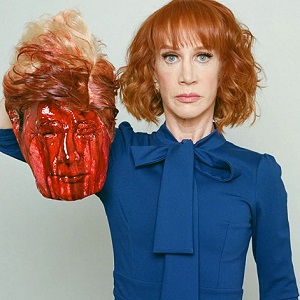 She faced such backlash for the tasteless stunt – including the loss of several gigs – that she tearfully apologized. 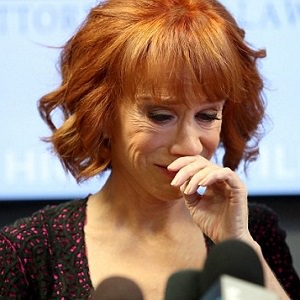 We told you that the apology was a lie and that she had made it simply to save her career (see One Hour Of Laughter for details).

Sure enough, after some time passed, Griffin backtracked on the apology… and doubled down on her actions!

It was a mess.

She was a mess.

Other than some additional plastic surgeries, Griffin seemed to keep a low profile over the next four years.

It turns out that there was actually a lot going on. 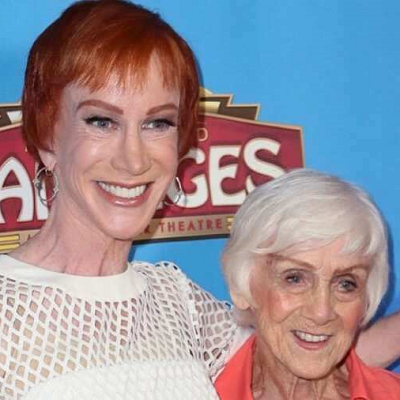 Kathy Griffin went into a period of depression.

She broke up with her long-time boyfriend.

She became addicted to prescription pills.

She contemplated ending her own life.

She got married again.

Her mother Maggie passed away at the age of 99.

And now Kathy Griffin has been diagnosed with lung cancer.

Comedian Kathy Griffin says she is undergoing surgery for lung cancer, but has never smoked

Comedian Kathy Griffin announced Monday she’s undergoing surgery for lung cancer, but that doctors “are very optimistic” she can make a full recovery and even avoid chemotherapy.

The “My Life on the D-List” funny woman said half of her left lung will be removed on Monday. 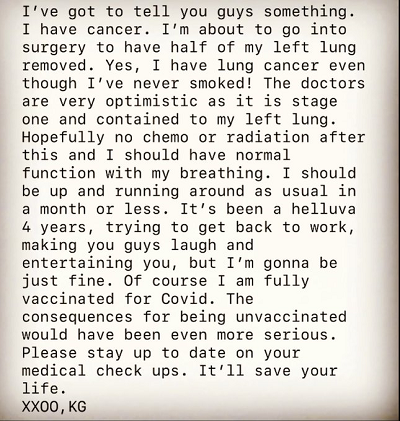 “Yes, I have lung cancer even though I’ve never smoked!” she tweeted. “The doctors are very optimistic as it is stage one and contained to my left lung. Hopefully no chemo or radiation after this and I should have normal function with my breathing.”

Griffin, 60, appeared to make passing reference to her career struggles since 2017 when she posted a gruesome image on Twitter of herself lifting a bloodied head that resembled then-President Donald Trump. 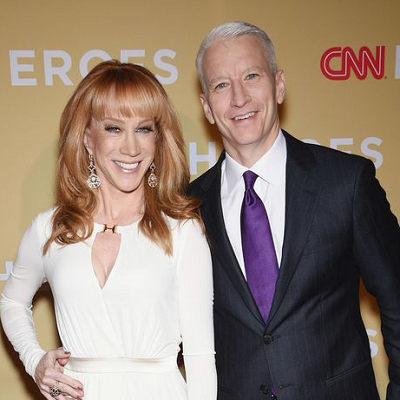 “It’s been a helluva 4 years, trying to get back to work, making you guys laugh and entertaining you, but I’m gonna be just fine,” she wrote on Monday.

Griffin also talked about her pill addiction and thoughts of ending her life.

Amid the fallout [after the Trump head incident], Griffin said that she and many people close to her became the target of death threats. She had never had a drink in her life, she said, but she eventually found herself lost in an addiction to pills.

“I thought, ‘Well, I don’t even drink… Big deal, I take a couple pills now and again, who doesn’t?’” she said. “Also, my age was a big part of it. I mean, who bottoms out and tries to take their life at 59? It’s almost a joke, right, and by the way, someday, this will all be comedy.

Griffin said she was first introduced to pills via Provigil, an amphetamine similar to Adderall, which she had been prescribed by a doctor. She said she was later prescribed Ambien to help her sleep, and then painkillers after various injuries. 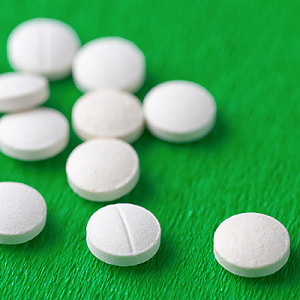 “I really fell in love with them… and it got out of control very rapidly.”

“I started thinking about su*cide more and more as I got into the pill addiction, and it became almost an obsessive thought. I started really convincing myself it was a good decision,” Griffin said. “I got my living revocable trust in order. I had all my ducks in a row. I wrote the note — the whole thing.”

Following her su*cide attempt, Griffin said she got in touch with a doctor and her husband helped her get treatment. They went to a hospital where she was placed on a psychiatric hold. After her release, she said she worked with two clinicians who helped her start on the road to recovery.

By the way, Kathy Griffin’s husband is Randy Bick. The pair dated for seven years, broke up after the Trump incident, and then got back together and got married in January 2020. 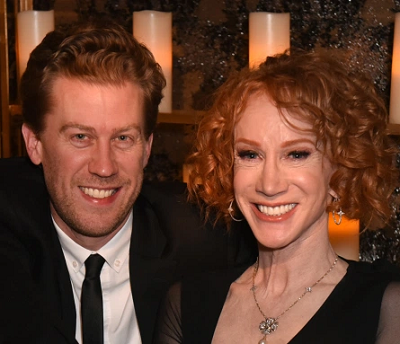 It’s good that she has support from him during this stressful time.

Chagal2524 was first with the correct response.

We wish Kathy Griffin a speedy recovery from her illness.

Related: One Hour Of Laughter