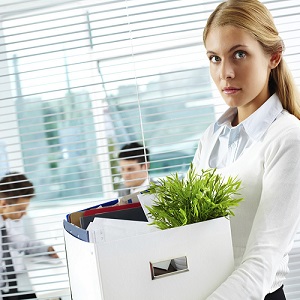 [Pop Bitch] We’ve all been wincing at how Hollywood works this week, but it’s really not so different here in the UK.

An injunction was taken out in 2011 by the star of a massive hit British TV show. He was having an affair with one of his female co-stars, but when his wife found out about it all he threw his co-star under the bus. He told producers that he didn’t want to work with her any more.

The TV company sacked her, and then he applied for an injunction to ban anyone in the media from reporting it.

And guess what? The British courts granted it.

According to the judge, “the reasons for her leaving give rise to no debate of general interest”. Maybe in the wake of all these Weinstein allegations someone would like to revisit that particular judgement?

BG Note: Here is the background of the case. You can read more about the case here.

In about November 2009 the appellant, who is a married man, began a sexual relationship with another woman whom I shall simply call “X”, who is herself married. The source of the News of the World’s information suggests that this relationship became obvious to those with whom the appellant and X were working. Towards the end of April 2010 the appellant’s wife confronted him with her belief, formed either intuitively, or from information conveyed to her, that he was having an affair. He admitted it. This was deeply distressing for the wife but she and her husband determined, not least for the sake of their two teenage children, to rebuild her trust and their marriage. To that end the appellant accepted that he would end his sexual relationship with X and he so informed her.

Continuing their working relationship was obviously awkward and in discussion with his employers, the appellant told them that he would prefer in an ideal world not to have to see her at all and that one or other should leave but both accepted that their working commitments did not then make that possible. They agreed to conduct themselves with due decorum and to continue to perform their duties in a professional way as in fact they did.

In December 2010 their employers informed X that her services would no longer be required, explaining publicly that it was a convenient moment to make this change. She was, understandably, upset and angry and may even have threatened to take proceedings against the employer. The appellant only became aware of her departure whilst he was on holiday with his family over Christmas.

News of these events leaked to the News of the World whose enquiries alerted the appellant to its wish to publish the fact of the affair and that the affair was the real cause of X leaving her employment. He moved accordingly for this injunction, supported not only by his wife, but also by X.

[Optional] Do you like or dislike the British system of hiding the names of celebrities involved in legal cases?