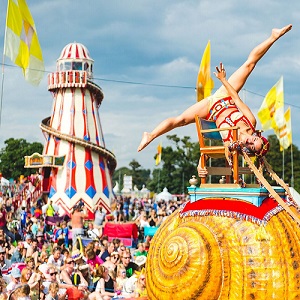 [Pop Bitch] Which U.S. rapper was convinced that, as well as performing his own set at Bestival, he was going to be guest-appearing on stage with Dizzee Rascal?

He turned up backstage when Dizzee was performing, ready to bounce on stage, but security wouldn’t let him go on.

Feeling extremely miffed, he went back to his dressing room – and smashed it up.

[Optional] Who is your favorite rapper?