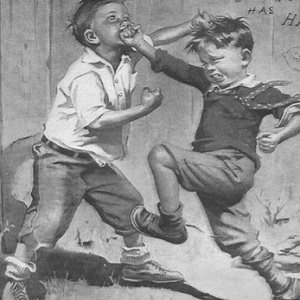 [Blind Gossip] There’s something you need to know about this celebrity feud.

It is not at all what it appears to be!

You are probably under the impression that this former boy bander was rude to this You Tube star, and that is what set off a chain of verbal brawling.

Singer was the unwitting victim of the Tuber!

[Tuber] always scopes the room to find the people with the biggest social media followings. Then he tries to make contact in some way.

Did he want to befriend Singer and share some of those followers and likes?

Nah, he knows that most “real” celebrities will try to avoid him.

So was he looking to pick a fight?

No. He just needed to make the encounter memorable in some way so he could have something to talk about. [Singer] brushed him off.

So there was no drama. But Tuber then created some by blogging about the encounter and insulting Singer.

[Tuber] needed to do something to get attention so he did it by insulting [Singer] after the fact. He did NOT expect such a big reaction. He was really happy about that. It brought him so much publicity. The fact that Model jumped in there to defend Singer was like a freaking bonus gift!

So, basically, Tuber insulted Singer just to get some attention. He succeeded. When Model joined the fray, she unwittingly gave Tuber even more attention and more views.

It actually doesn’t matter what happened or why it happened or if the social media posts stay up. Tuber’s wallet says, “Thanks, Model!”

[Optional] Do you like any of these three celebrities?