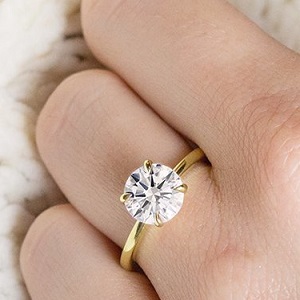 [Blind Gossip] In the next few days you will hear an announcement about a big celebrity engagement!

She is a young, foreign-born movie actress who stars in one of the biggest franchises of all time. She is pleasant, although not exactly a ray of sunshine.

He is a 30-ish film and television actor. His pursuit of the pretty actress began on the set of a movie they did together a few years ago.

You will soon see her sporting an engagement ring. It consists of a beautiful, modestly-sized diamond and a gold band.

Don’t you just love getting this gossip before everyone else?

Similar: A Couple Of Weeks 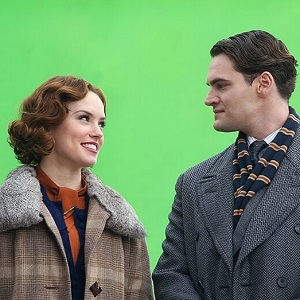 The couple, who met on the set of Murder on the Orient Express a few years ago, will be married.

Daisy, 27, who plays  Jedi Rey in the space saga, wore her ring as they attended All Points East festival in East London.

The couple met while filming Murder On The Orient Express in 2017 — and their love is still on track.

London-born Daisy, who dropped out of university to concentrate on acting, was a virtual unknown when she was hand-picked for the lead role in Star Wars: The Force Awakens in 2015.

Your friends at Blind Gossip told you that her engagement ring has a beautiful, modestly-sized diamond and a gold band. Here’s a pic: 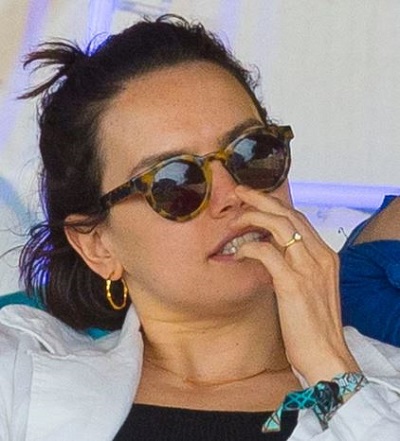 We gave you lots of clues for this blind item! Aside from the age, birthplace, and occupational clues, there was “Rid” in the title = Ridley; “Ray” = Rey, the character that Ridley played in Star Wars; and “Pursuit” = Cold Pursuit, Bateman’s upcoming movie.

Congratulations to Showmancer for being first with the correct response! Kudos to everyone who did a good job with the clues!

And, of course, congratulations to the happy couple!