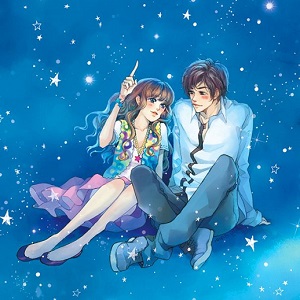 [Blind Gossip] There were a lot of rumors that these this famous actor and actress – who costarred in a blockbuster franchise together – were also a couple in real life!

Of course, there were also those pesky details of The Actor being married and The Actress dating someone else, but that didn’t stop the franchise fans from shipping them!

Well, now The Actress is engaged to someone else. That means it’s time to formally distance her from The Actor.

Of course, there will be the usual photos of The Actress and her new fiance, all starry-eyed and in love. Actually, that’s true. They are in love. And those photos are expected and logical.

However, you should also look for a brand new round of couples pictures and puff pieces about The Actor and His Wife, to try to convince you that they are all starry-eyed and in love, too.

Except… that latter part isn’t so true.

We’ve told you that The Actor and His Wife don’t actually live together anymore, right?

However, they are still pretending to be a couple.

Hey, if they are going to fake that, they might as well drag that secret baby out of hiding while they’re at it!

Similar: Moving In Moving Out

The Actress/ Her Fiance:

The Actor/ His Wife:

[Optional] Do you think that The Actor and The Actress had/are having an affair?