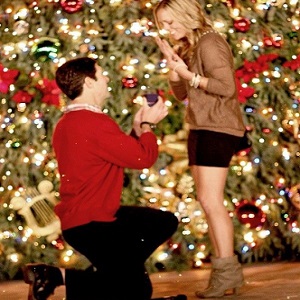 While there is chatter that the break up was mutual, we hear that it definitely was not.

In fact, he was thinking of proposing marriage to her!

She is the daughter of a famous athlete. She might say that her profession is modeling, but she seems to spend more time trying to boost her “influencer” career than her fashion career.

He is every bit as fame hungry as she is. Probably more, as his income definitely depends on people following his every move online.

His dating history consists of a lot of “models” and maybe a real actress or two sprinkled in there.

Here’s a surprise though.

All the girls before her were really just for show. There was a lot of mutual attention seeking and publicity seeking. She was different.

He really loved her. Yes, at first they were both in it for the publicity, but he really fell hard for her. This was the first girl he ever talked about marrying.

Not just getting engaged or staging a wedding stunt – like someone else in his family did – but a real relationship and a real engagement and a real marriage.

He cheated on her and she found out. You have to understand that it’s hard for him because girls are always chasing him and the next thing you know they’re sliding into each other’s DMs.

So he was in love with her enough to think about buying an engagement ring… but not enough or loyal enough to avoid temptation.

Nice of his friend to go to bat for him and explain what happened as if it’s not his fault, but it looks like the damage may be irreversible.

He did apologize to her, but she decided to move on. He’s still hurting over that.

[Optional] Once a cheater, always a cheater?