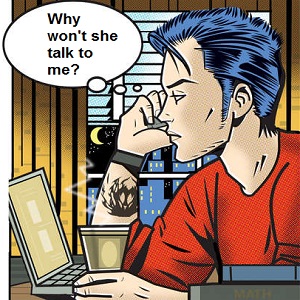 [Blind Gossip] This popular under-30 actress broke up with one famous guy last year and started dating another famous guy.

The first guy is famous because of his rich parents. The second is famous for his own accomplishments in the acting world.

The first guy seems to be regretting his break up with the actress.

He’s been texting her over and over, sometimes ten times a day. He says he thought a lot about what happened and he “really really really” wants to talk to her in person. Alone. She’s kind of curious about what he wants but she hasn’t texted him back yet.

Wait a minute. Didn’t he cheat on our actress? And isn’t he dating someone else now?

Similar: Why She Puts Up With His Cheating

[Optional] What does First Guy want? Should she meet with him?

Previous Post: « Why This Musical Guy Wants A Divorce
Next Post: How A Young Royal Greets Granny »