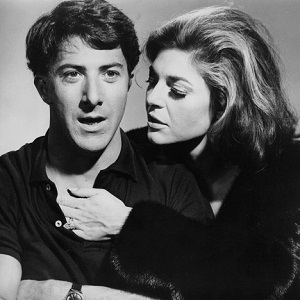 [Blind Gossip] This very famous model is dating a younger man. She knows he cheats on her. The reason she puts up with it is… interesting.

She knows he has cheated on her at least four times (probably more) since they have been exclusive. She won’t break up with him though, because she is terrified of people thinking of her as middle age, and she thinks that having a younger man as a boyfriend makes her look younger.

Yes, her boyfriend is the guy who wants you to believe that his passionately making out with another woman for more than thirty seconds is the way everyone says goodnight to their “just friends”!

Similar: Grateful And A Little Desperate

[Optional] Is she right? Does dating a much younger man make her look younger? 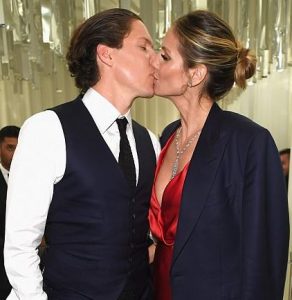 In June, Schnabel was caught making out with a woman in a taxi outside the Chiltern Firehouse in London.

He claimed that he was just saying goodnight to a friend. With his tongue.

Still, Heidi Klum stayed with him. Sadly, Klum, 44, feels that dating a much younger man like Schnabel, 30, makes her look younger.

No, it actually makes her look even older than she is. Middle aged women dating much younger guys look ‘motherly’. It just emphasizes that they’re Mrs. Robinson! They ought to be dating older guys if they want to seem younger.

Perhaps the mother of four has finally had enough of his cheating though, because Klum and Schnabel are now suddenly “taking time apart” or “on a break”!

We don’t know if this a Ross and Rachel “on a break”, or simply Klum’s way of avoiding making a big announcement of a more permanent breakup. In any case, Vito Schnabel is out of the picture for now. 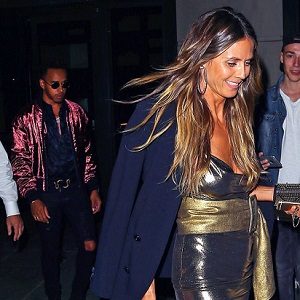 Klum’s toxic relationship with Schnabel doesn’t seem to be keeping her from continuing her own younger man trend, though!

Over the weekend, Klum attempted to distract from the breakup news by going on a dinner date with British Formula One driver Lewis Hamilton, 32. He’s behind her in the photo. They both wore metallic. How cute!

Her rep says that they are just friends. Isn’t that what they always say in the beginning?

There’s nothing going on at all between them. They had a fun night. He’s an interesting guy.

Highsteppa was first with the correct response! Well done! 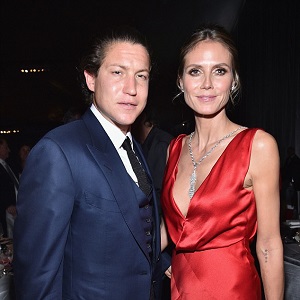