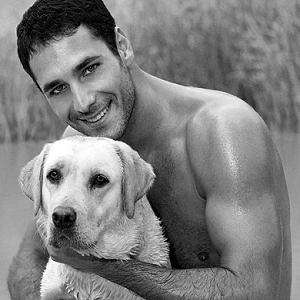 [Blind Gossip] This handsome actor wanted a very specific role. He thought it would mark his transition from franchise comic actor to serious actor.

He thought that if he personally engaged the author of the book by “spending time” with her, it would help his agency land the movie deal with the publisher… as well as land him the lead role!

His plan backfired. In a big way. As of right now, our actor will not be getting the role!

Not only that, after battling with the author’s publisher, his agency – which had been quietly negotiating the rights for months – may be completely out, too!

Why is this such a big deal? Well, this wasn’t just about one deal. The agency was trying to score deals on multiple works from the same author. Those negotiations have all stopped, too.

The agency is angry because they believe that The Actor’s involvement with The Author messed with the dynamics of the deal. Instead of keeping everything professional, it got personal.

The Author is angry, too. She is supposedly taking legal action against her publisher and the agency for screwing up the deal.

That may not be smart, though.

Because her personal relationship with The Actor would likely get dragged into any lawsuit.

Does she really want that relationship disclosed in a courtroom?

Just asking for a friend. And her husband.

Handsome Actor is now in the middle of a very ugly situation.

Perhaps he could relieve some of that stress by taking his dog for a walk?