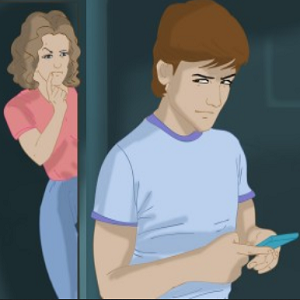 [Blind Gossip] Want to know what went down in the breakup between these two celebrities?

He is a lead movie actor. She is a singer.

He is divorced. She is never married.

She found out he was sliding into the DMs of randos and meeting up with them. He gave her some song and dance about how it was just flirting and all innocent and that she was crazy for thinking anything else.

What did Singer do?

She knew what was really going on and she was not about to put up with that sh*t! She read him the riot act and told him that the only way she could trust him again was if he let her check out his cell phone.

He didn’t want to share it so he put it on her like this was her fault and there was something wrong with her for even asking.

They fought about it for a few months.

He told her she was controlling and being a b*tch. She walked.

Given his history, she may be better off letting Actor find someone who is willing to put up with his rando banging!

[Optional] If your Significant Other asked to see the activity on your cell phone, would you hand it over? Why or why not?