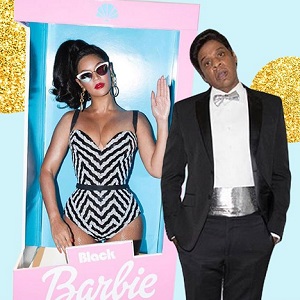 We’re here to surprise you with a new celebrity couple who should probably try to keep their masks on before everyone finds out about their relationship!

There was a private Halloween party in the past few days. Lots of celebrities in costume partying at a hotel in a big U.S. city.

One of the guests was a well-known professional athlete.

When our athlete made his move to the pros, he went as a first round draft pick. He has played on more than one team over a long career that may be winding down at this point.

Another of the guests was a pretty actress. You know her as one of the stars of a TV series that is popular among younger viewers and those who love comics.

They were hugging and kissing the whole night. He introduced her to people as his girlfriend. Nobody was allowed to take photos or videos of the two of them together.

By the way, our athlete’s wife was definitely NOT there.

We don’t mean to be cavalier, but perhaps our baller should end his marriage before the mainstream media finds out about his little affair with our sweet actress?

Nothing to do with Beyonce or Jay Z.

Similar: They Gave Pizza The Boot

[Optional] Do you think it is just a fling… or will they go public as a couple? 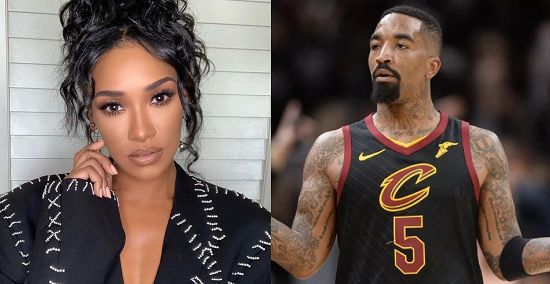 J. R. Smith is an American professional basketball player who was recently waived by the Cleveland Cavaliers.

Here is JR Smith with former teammate Lebron James. Smith is on the left. 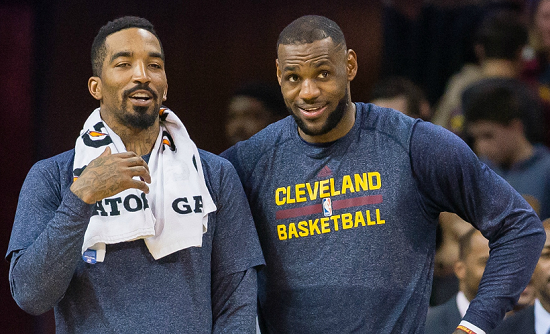 JR Smith is married and has three children. 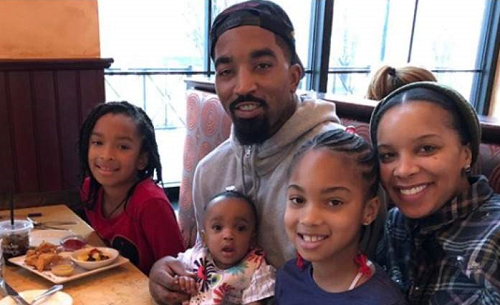 Candice Patton is an American actress currently starring on the CW television series The Flash. 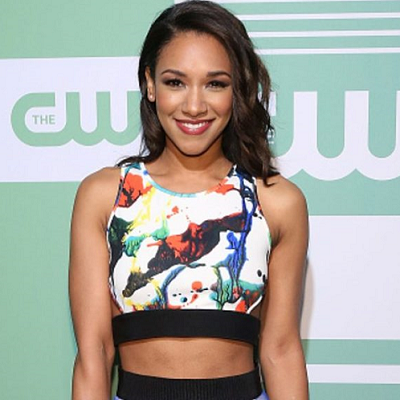 Your friends at Blind Gossip told you back in October that JR Smith and Candice Patton were getting very cozy at a Halloween party.

That party took place at The Cosmopolitan Hotel in Las Vegas. 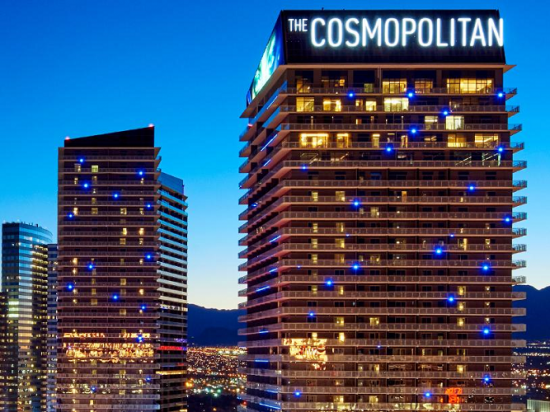 JR Smith was there without his wife.

Smith and Patton asked that no one take photographs of them together.

However, one of the party guests inadvertently spilled the beans and called them “the sexiest couple” at the party.

Additionally, the pair have been spending time together with each other… and their dogs!

Candice has a curly haired poodle. 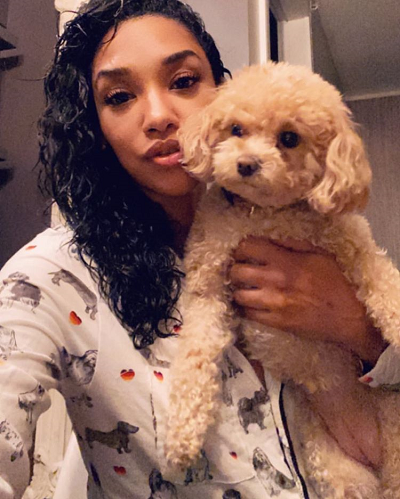 JR Smith has a bulldog named Cowboy. Here is Cowboy as a puppy. 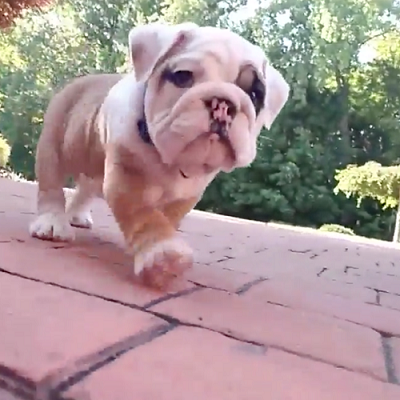 Recently, JR Smith posted an Instagram video of him cuddling with Candice’s dog. 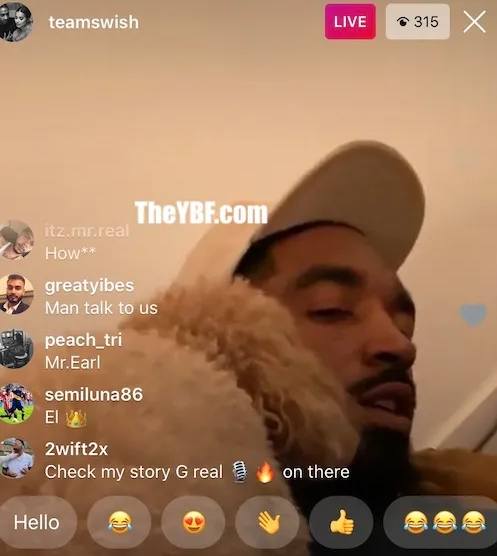 And then there was a photo on his account of him walking their two dogs together. 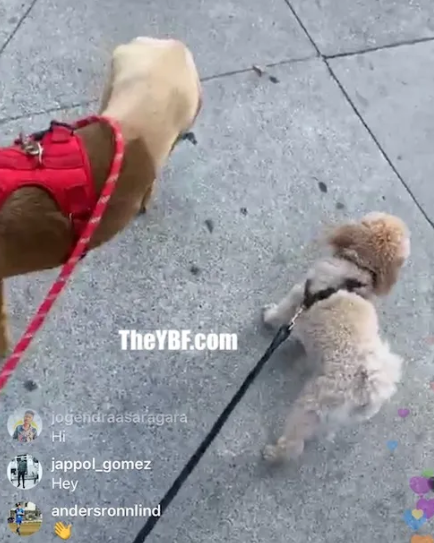 A man who is cheating on his wife, that’s who!

After someone recognized Candice’s dog, JR Smith went through and scrubbed much of his social media.

So, does JR Smith’s wife, Jewel Harris, know what her husband is up to?

It seems that way. Jewel has been leaving cryptic messages of her own on social media about topics like failure.

JR Smith’s basketball career is on hold at the same time his marriage may be on hold.

Smith may get picked up by another team, but we have yet to see if his wife will stay married to him.

JR Smith last earned $12.8 million a year with the Cavaliers, so there could be a lot of money at stake if there is a divorce.

Did you catch all the clues we left for you?

Many of you thought this blind item was about Lebron James, who also plays for The Cleveland Cavaliers, has played for multiple teams, and who was also a first-round draft pick. Close, but no cigar!

Comics + mask + flash photography = The Flash, a TV series based on a comic book where the characters wear masks. We also gave you a “sweet actress” clue as a nod to Candice Patton’s nickname, Candy. 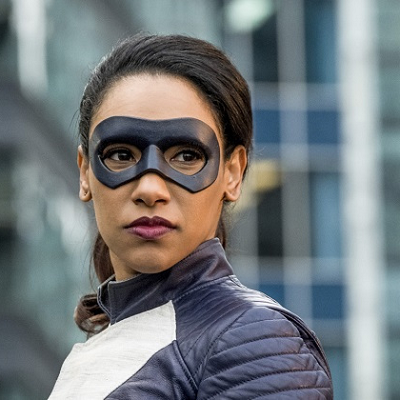 Congratulations to Makyveli for being first with the correct response.

Special kudos to Littlepink08 and all the rest of you who did a great job working those clues!

Your friends at Blind Gossip were the first to tell you that JR Smith and Candice Patton were having an affair way back in October.

Now, an important update: Two out of the three principals are weighing in on the affair! And they are both dragging God into it.

First up, JR Smith announces that he and his wife, Jewel… are separated! 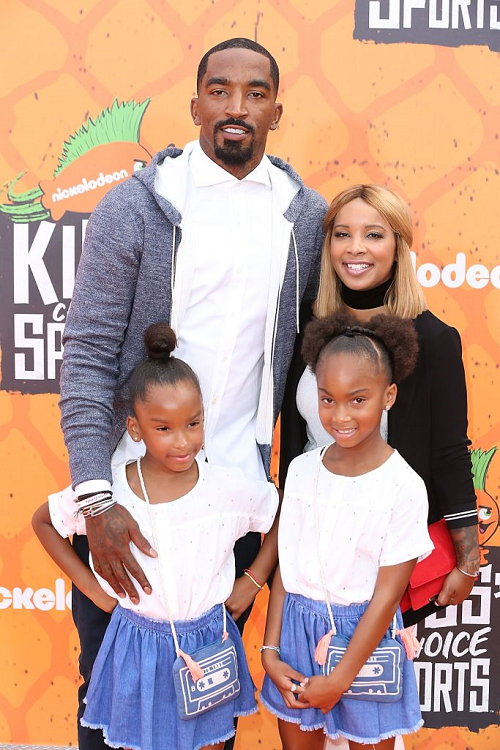 IG ain’t a place for relationships!! But God told me to tell y’all I’ve been separated for months he doesn’t understand why his child failed to mention that… #Thatsall.

Yes, he simply “failed to mention” the separation, even though God told him to do so.

Go ahead and roll your eyes, everyone.

In a little note of irony, we also found this old posting of Smith’s from 2013:

Women won’t date a man that lives with his mama, but will sleep with a man that’s living with his wife.

He can’t possibly be blaming Candice Patton for the affair, can he?

Jewel Harris, JR Smith’s wife, is a little more connected to God. As such, she is offering up a prayer for homewrecker Candice Patton!

Jewel Harris posted a video of herself sitting alone in her car. She is wearing a hat that reads, “I Love You.”

Harris says that she’s decided that the best thing she can do after learning of her husband’s affair is to pray.

It’s a battle, it’s an obstacle. It hurts, it’s unfortunate, but that’s what it is.

We are all hurting. Everybody is hurting. Not just me, but my husband, he’s hurting. And Candice, Lord father God. She’s hurting. I pray lord father god for Candice that you please just mend her heart. For her to go out here and sneak a married man. I pray you give her grace and mercy.

“Sneak a married man” means that Smith and Harris were still together when Smith and Patton began their affair.

It also signals that Smith and Patton will likely try to spin the timeline differently. 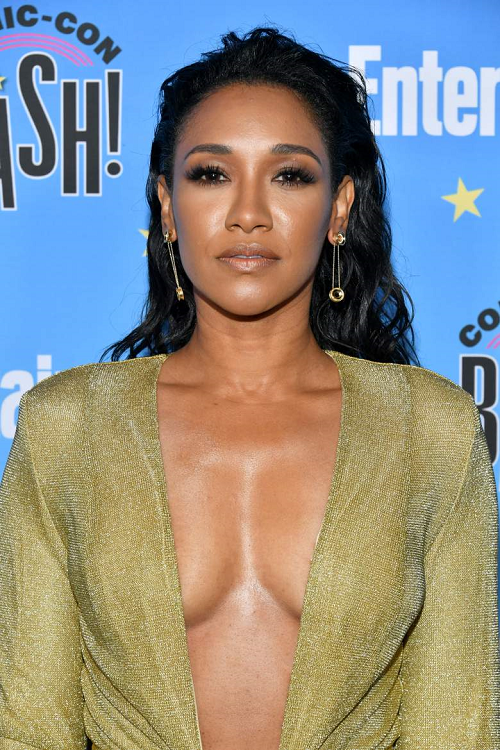 Candice Patton has yet to weigh in on the affair… the demise of the Smith-Harris marriage… or Jewel Harris’ prayer for her.