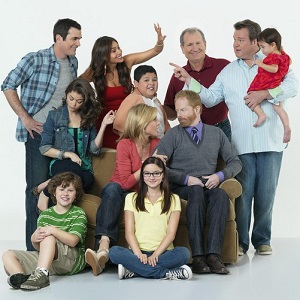 [Entertainment Weekly] Modern Family will return for its 10th season later this month, and the creators of ABC’s veteran family comedy are hoping that the laughs aren’t the only thing that draw tears from viewers.

Yes, the grim reaper will visit the show in an episode airing in the first half of this season, co-creator Christopher Lloyd tells EW. “We’re handling some bigger life events in this season,” he says. “We do deal with a death, which is certainly a topic that families have to deal with, and on television, it’s not easy to do because that’s a heavy subject. But at the same time, it would seem unusual for a family not to go through it.”

Not surprisingly, Lloyd isn’t revealing who is headed six feet under — or if it’s one of the main family members — but he promises that he/she is a “significant character on the series” and the death “will be a moving event — and an event that has repercussions across several episodes.”

Asked for an overall hint about season 10, Lloyd says, “There is a significant change in the dynamics of the family that people maybe thought was going to happen at some point down the line that is happening sooner than expected.” Is that clue related or unrelated to the aforementioned death? Well, that’ll be the joy of discovery that awaits you when Modern Family kicks off season 10 on Sept. 26 at 9 p.m. ET/PT.

Character or Actor who will pass:

[Optional] Your favorite/least favorite characters on the show? 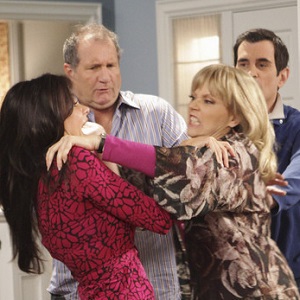 Character or Actor who will pass: Dede Pritchett, played by Shelley Long

DeDe Pritchett, the ex-wife of Jay and the mother of Mitch and Claire, passed in her sleep.

Modern Family Deals with the Death of DeDe

We promised a season of change on Modern Family this year, and it’s already begun: Wednesday night marked the death of DeDe, Jay’s ex-wife and mother to Mitchell and Claire. She passed peacefully in her sleep, which was a relief to the Pritchett-Dunphy-Tucker clan, each of whom spent their Halloween reminiscing and honoring the goofy matriarch in their own ways. Some of them, like Claire, weren’t sure how to process the news, and some of them, like Jay, didn’t even realize that they were processing the news until they were overcome with emotion. Read on to watch highlights and see how everyone really felt about DeDe. 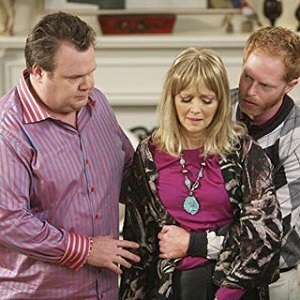 Claire later explains that her last phone call with DeDe was a fight, and a pretty nasty one at that. But Mitchell says DeDe told him about it, and that she said she would call Claire to apologize—which is when Claire remembers that DeDe had left her a voicemail. It’s the apology, and it’s rather sweet.

The Grandkids and the Kids-in-Law

Haley, Luke, and Alex just lost their grandmother, and they all handle it differently. Haley starts eating every last thing she can find in the house, Luke makes inappropriate jokes, and Alex seeks comfort with her new boyfriend (much to the dismay of Haley and Luke, who walk in on Alex finding said comfort). Phil and Cam married into the Pritchett family, so they had to win DeDe over, but both did so successfully. And once they did, they had happy memories of their loved ones’ mother.

It’s no secret that Gloria and DeDe didn’t get along. They even had a physical fight at Jay and Gloria’s wedding (though she did later apologize)(kinda). After DeDe passes, the kids find the dolls of herself that DeDe made as Christmas gifts, and soon Gloria is finding them all over the house. She’s sure that this is DeDe’s way of haunting her, so Gloria does something crazy—she tells “DeDe” how much she admires her.

The truth is out. And it turns out that Lily is planting the dolls everywhere to drive Gloria crazy, because it’s what her grandmother would have wanted.

Jay and DeDe were divorced, and not always on the best of terms. Jay spent most of the evening trying to track down just who exactly ate the hoagie that he brought over to Phil and Claire’s house—not exactly the preoccupation of someone mourning the loss of a loved one. But sometimes, a sandwich is more than just a sandwich.

More change lies around the corner for your favorite TV family this season. To see what comes next, watch new episodes of Modern Family WEDNESDAYS 9|8c on ABC!

The show tried to make DeDe’s demise funny. Everyone was dressed in Halloween costumes, so there were lots of visual gags, but the episode felt like it was lacking something. Perhaps it was DeDe herself? The character of DeDe was smartly played over the years by the fabulous Shelley Long of Cheers fame. It would have been great to have seen one last strong performance from her!

Congratulations to Kelno19 for being first with the correct response! 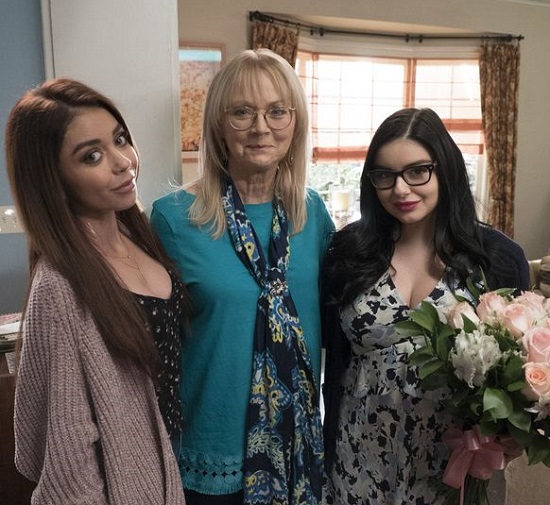