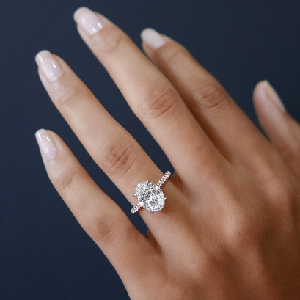 [Blind Gossip] We’ve told you before that this actress is a good influence on our movie star.

Many of you thought that this was a marketing relationship.

Because the two did a movie together and it would have made sense to present them as a couple for PR purposes.

However, that is not the case here. They are a real couple!

She leads a healthy life and has helped him with his sobriety while they have been dating.

You don’t have to take our word for it. Just look at the guy!

While he was under the influence, he was overweight and slovenly. His friendships fizzled and he treated his family badly.

Since he’s been with her, he’s really cleaned up his act, revived old friendships, and spent more quality time with his kids. She deserves some of the credit for keeping him clean. Not all, but some.

She may soon get a reward for that, too.

The ring she’s been sporting lately is for a role.

However, our movie star is thinking that it may be time for him to get down on one knee and present her with a real ring.

Why now? Well, he wanted to give the relationship a full year before making a decision. They are getting close to that.

It’s a little fast, but don’t be shocked if she shows up with a diamond engagement ring in the next few months.

And don’t imagine that it’s a PR stunt.

They love each other and he thinks that she may be The One!

Similar: Tall Is Back From The Dark Side

[Optional] Do you think they are ready to get engaged?