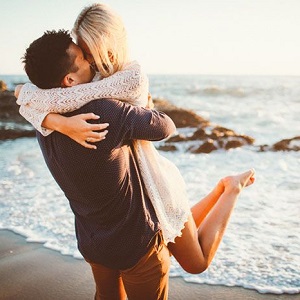 [Blind Gossip] This pretty, foreign-accented girl played the love interest of the lead in one of the biggest movies of the past year.

However, she isn’t limiting herself to onscreen romance.

Let’s talk about her summer fling!

They met earlier this year, but things didn’t heat up until the summer started.

The Boy is tall, fit, curly-haired, and strikingly handsome. Given that he comes from a famously uptown kind of family that includes several genetically-blessed people, his good looks aren’t all that surprising.

They are in their mid-20s and have youth, beauty, fame and money going for them.

Well, except for the fact that they are BOTH in relationships with other people!

Our Girl is very publicly dating a famous, award-winning actor.

And Our Boy is very publicly dating a famous model.

While our new young couple is being careful – and it may just be a summer fling – her friends are especially worried. At a recent party, a friend reprimanded her.

[The Couple was] kissing and holding hands, then they took off together. They came back about an hour later. When they came back, her friend pulled her aside and started lecturing her. She told her to remember that she is under contract and that this isn’t allowed. She told her that she needs to stick to the contract and that she is going to blow this whole thing if she isn’t careful. [The Girl] assured her that she won’t get caught.

Yes, Our Girl is under contract. But you already knew that!

[Optional] What is she going to do about The Boy?