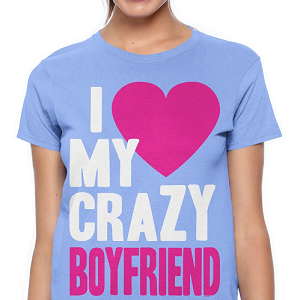 [Blind Gossip] This actress started out as a model many years ago and transitioned into acting.

We usually think of her as a movie actress because of a couple of big hits in which she starred as the object of the male lead’s affection. However, she has plenty of TV credits to her name, too.

However, those under the age of thirty  probably think of her as the mom to a couple of up-and-coming actresses.

Last year, we told you how hard she worked to discourage her daughter from dating a certain very unstable young actor.

While she appreciates a good public relations stunt as much as anybody, Mom was very clear with Daughter that messing with unstable people was not the way to go.

Daughter broke up with Unstable… and Mom breathed a sigh of relief.

Then came a series of interesting events.

One week after Daughter and Unstable broke up, Unstable started dating another girl. A young model. Coincidentally, Model is also a celebrity offspring,

Model’s involvement with Unstable almost had a tragic ending, though. Luckily, her parents wrangled her away from Unstable before any real harm occurred. Unstable went away for a while after that.

Interestingly, Daughter and Model then started hanging out together a lot! They even hung out at Mom’s house.

Since they both have a famous parent and are both young women trying to make their own mark in the entertainment industry, it sort of makes sense that the two girls became friends. However, the fact that they had both dated Unstable for publicity adds a rather weird twist to this friendship.

Then Daughter went on to date another another mentally ill actor.

After all she and her Mom had talked about and after that bad situation with [Model and Unstable], you would think that she would have steered clear of [Mental Actor]!

What’s frightening about this is that Unstable Actor is scary because he wanted to hurt himself.

Mental Actor is scary because he actually hurt someone else.

Of course, Mom does not approve of Daughter dating Mental.

This isn’t a fun publicity relationship. He’s crazy. This is a nightmare for [Mom]. Just when she thought she had saved her daughter from one lunatic, she goes out with another one.

So what the heck is Daughter doing there?

It’s simple. She loves the publicity. She loves seeing her photo on all the websites. She loves watching her social media numbers go up.

Daughter is an adult, so she can date whoever she wants. It seems like she is more interested in the publicity than in him. However, Mom is worried that she is playing a dangerous game.

One final note. Guess who Mom blames for this new mess?

[Mom] thinks that they are all too publicity hungry for their own good and a bad influence on [Daughter].

They are all fighting now. [Model] is not welcome at Mom’s house anymore.

[Optional] What should Mom do?