[Blind Gossip] A female TV personality was recently accused of having an affair with a famous married football player.

She is now being accused of also having an affair with a famous married baseball player!

Madison LeCroy is a cast member on the reality show Southern Charm. 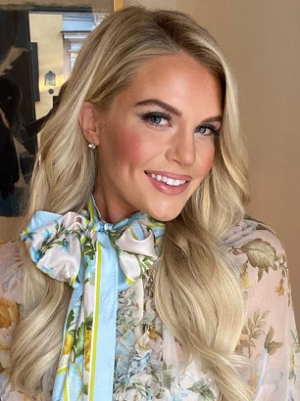 While she looks very prim and proper in that photo, don’t be fooled.

Madison rarely wears so much clothing. 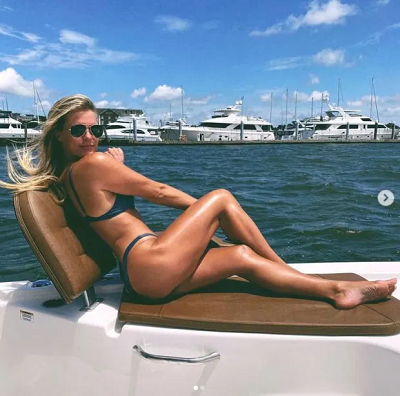 Madison was previously accused of having an affair with former Chicago Bears quarterback Jay Cutler.

As you may recall, Jay Cutler and his wife, reality star Kristin Cavallari, filed for divorce last year. 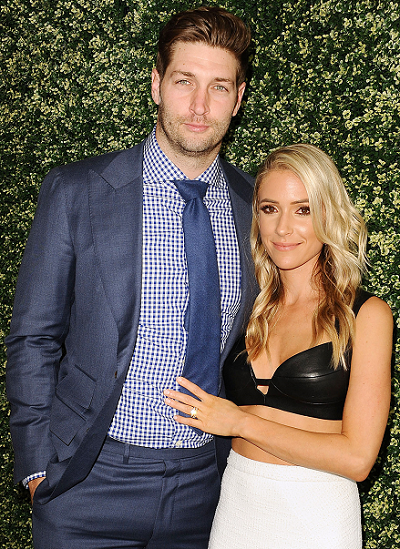 Following the affair with Madison, their tempers seem to have cooled off and they are acting very cordial with each other again.

Back to Madison and her latest married paramour.

On Thursday night’s Southern Charm reunion, Craig Conover accused Madison of sleeping with other men while she and then-boyfriend Austen Kroll were still working out the status of their relationship.

You were flying around the country sleeping with men, married men!

Ex-MLB players. That’s what you were doing during quarantine.

You know why Austen was at my house? Because you weren’t talking to him!

You flew to Miami to f*ck an ex-MLB player!

Here’s a pic of Madison listening to Craig rant at her. 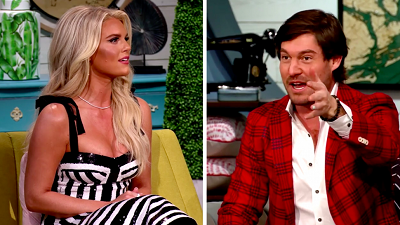 Of course, Madison denied the the allegation.

Give me a name! Put me on a lie detector test!

I never flew to Miami! Where’s the record of that? That’s fake.

Miami, eh? We wonder if the ex-MLB player lives there full time or was just escaping the winter weather from elsewhere.

Anyway, Craig and Austen claimed that Madison showed them messages between herself and the former athlete.

Bravo chose to “bleep” out the player’s name, but host Andy Cohen confirmed that the athlete in question is a “very famous, married ex-MLB player.”

She’s trash and I hate being on the same stage as her.

You’ve got to love the drama.

Of course, Madison is taking it all in stride.

Here’s Madison proudly indicating how many married athletes she has hooked up with recently. 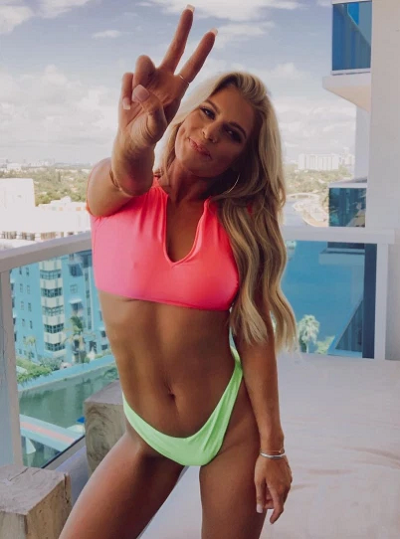 While we have not yet seen the text messages from the ex-MLB player, this affair is playing out in a very similar way to the one where Madison was having the affair with ex-NFL star Jay Cutler.

The text messages from that affair did eventually become public.

While we are waiting for the ex-MLB texts and the identity of the ex-MLB player to be disclosed, we’re sure Madison will continue to post as many thirst trap photos as possible. 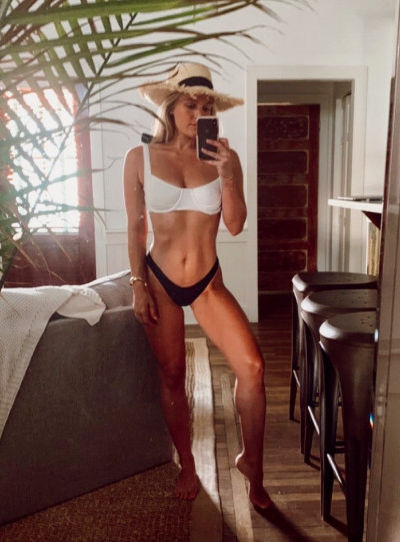 We’re also sure that there are plenty of married men out there who would be happy to slide into Madison LeCroy’s DMs! 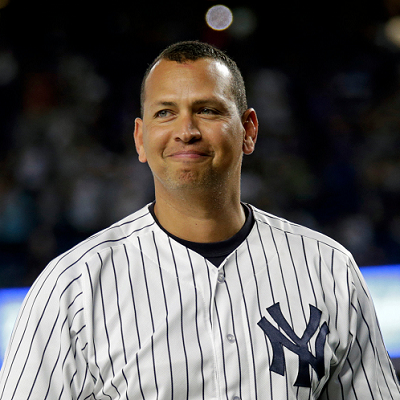 We were actually 99% sure it was ARod all along. That’s why in the original blind item, the Similar item was a SOLVED post about ARod.

However, like many of you, we were a little thrown by the fact that Andy Cohen and his guests said that the mystery man was married.

ARod is not married to Jennifer Lopez. They are engaged to be married. 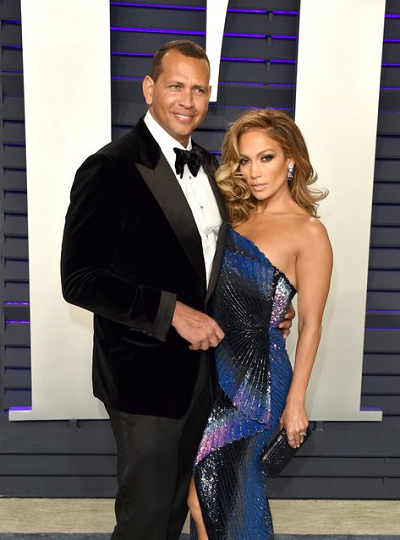 However, they have been together so long and do so many photo ops together that many people assume that they are already married. Common error.

Here are ARod and Jlo with their kids. 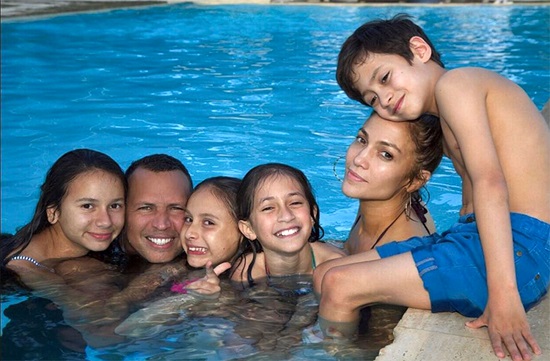 They are one big happy family… whenever Daddy’s not FaceTiming somebody else.

Anyway, we could not SOLVE this blind item until a third party confirmed that it was ARod.

Weighing in! During the first part of the Southern Charm reunion, Craig Conover claimed that Madison LeCroy “flew to Miami to f–k an ex-MLB player.” LeCroy, 30, immediately denied the allegations, firing back, “Give me a name! Put me on a lie detector test. I never flew to Miami. Where’s the record of that? That’s fake.”

Almost immediately, rumors began circulating that Alex Rodriguez was the baseball player in question since he has a place in Miami and “liked” one of LeCroy’s photos months prior.

Now, another Southern Charm star is weighing in. Danni Baird said that while she doesn’t “have time to be keeping up with all that stuff,” she had heard that LeCroy was talking to the 45-year-old retired Yankee. 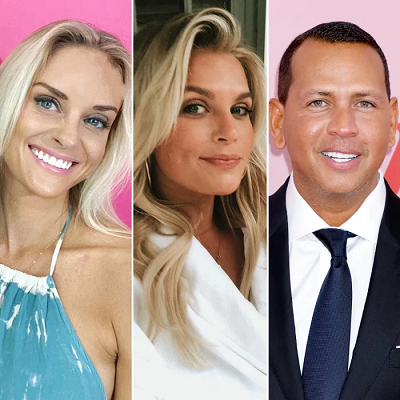 “Months before that I had heard, like, she had even told me that they were FaceTiming or something,” Baird, 36, said on the Wednesday, February 3, episode of the “Reality Life With Kate Casey” podcast.” I had just assumed. I never asked more about it or anything like that. I just kind of forgot about it. It just didn’t tie in that he was a Major League Baseball player.

We like how Kate simply says that they were FaceTiming.

It sounds so innocent, right? Like you would FaceTime with an elderly aunt to get her apple pie recipe.

Cast member Craig Conover paints a raunchier picture, however, saying that LeCroy and Alex Rodriguez were “j*rking off … on FaceTime all the time.”

We are guessing there was no apple pie involved. 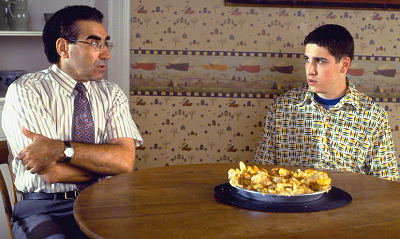 Conover added, “You guys FaceTime all the time. You did it next to me at Tavern and Table! You FaceTimed him!”

As you may recall, Conover said that LeCroy was flying to Miami to hook up with the baseball player.

LeCroy is definitely ARod’s type. He has always had an affinity for skinny blondes who are very athletic. See Still Playing The Field for details.

Back to our story.

Although LeCroy has not commented on the Rodriguez rumor, her sister, Kaci Davis, defended her following the claim. Ahead of the reunion, Davis responded to Conover’s Instagram teaser of the reunion. When reporter Brice Sander asked, “WHO IS the MLB player,” and another fan speculated that it was Rodriguez, who has been engaged to Jennifer Lopez since 2019, Davis replied, “ARod’s not married!”

Rodriguez isn’t the only athlete that LeCroy has been linked to as she was also spending time with Jay Cutler. 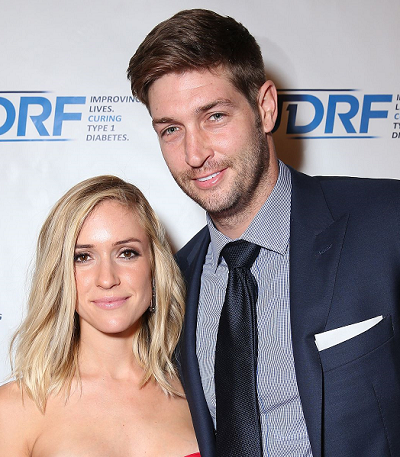 And ARod is (probably) still a cheating dog.

Congratulations to CamilleLeon for being first with the correct response!