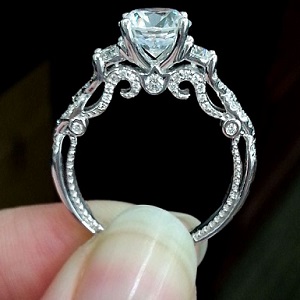 [Blind Gossip] These acting couple has been dating for more than two years.

We’ve told you before that the actress’ ex-husband – who is also an actor – was furious when she started dating his former co-star. It felt like a betrayal by both of them. However, his disapproval did nothing to stop the couple.

We thought that the actress’ incredibly stressful divorce from the first actor might make her permanently marriage shy.

She began her push earlier this year. She started out hinting that was ready to make their arrangement more permanent. He didn’t really seem to get that hint. Maybe he thought she was just talking about living together? Then, a few months later, she told him flat out that if he asked, she would say yes.

We don’t know what his reaction was, but they are still together, so that is a good sign. We’ll keep you posted if we hear of a proposal!