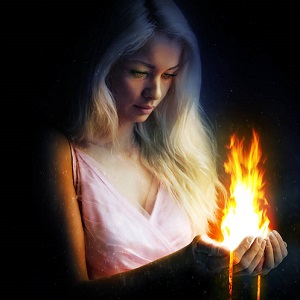 [Blind Gossip] This movie actor may be playing a very dangerous game by trying to involve the people around his ex-wife in a lawsuit.

Since he is trying to depose the men in her life, one idea under consideration by her team is to depose the women in his past, including these three famous females.

You see, our actor has a long history of substance abuse and crazy behavior.

Could you even imagine all these famous women stating in depositions that he was a raging, blackout drunk and detailing how he treated them while inebriated?

It would be front-page news!

While the ex-wife would prefer not to drag other celebrities into this, fighting fire with fire may be the only way to get him to back off!

As you know, actor Johnny Depp, actress Amber Heard, and the media are still involved in some serious legal wranglings over the Depp/Heard breakup and divorce.

The accusations have been flying back and forth, but for this this blind item we’re going to limit our focus to only one of the key arguments in the current case.

Basically, Amber Heard is trying to demonstrate is that Johnny Depp has a long history of substance abuse and abusive behavior towards women.

Depp denies any violence and is suing The Sun for reporting that he was violent.

Remember when Johnny Depp claimed that he injured his hand in a outdoor go-kart accident in Australia in 2015? 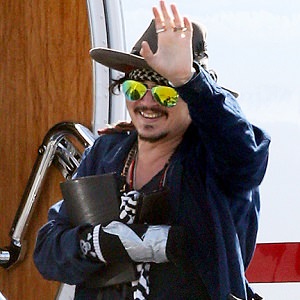 Your friends at Blind Gossip were the first to tell you that his statement was a lie and that the injury actually occurred during an alcohol-fueled fight with his wife (see The Real Story Behind This Star’s Injury for details).

It took a couple of years before the truth about his bloody, severed finger and the message he finger-painted on the wall emerged. 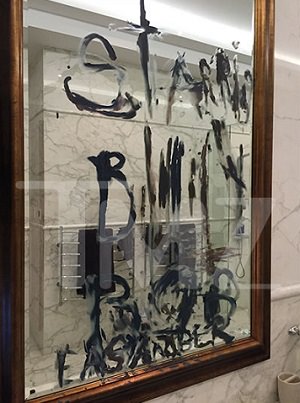 If you consider just that one incident, you can see just how scary Johnny Depp can get when he is angry and under the influence.

There were some documents that were just presented in court that demonstrate the depths of Johnny Depp’s substance abuse and anger.

From The Evening Standard:

Paul Bettany is the British actor who is married to actress Jennifer Connelly. They starred together in A Beautiful Mind with Russell Crowe. 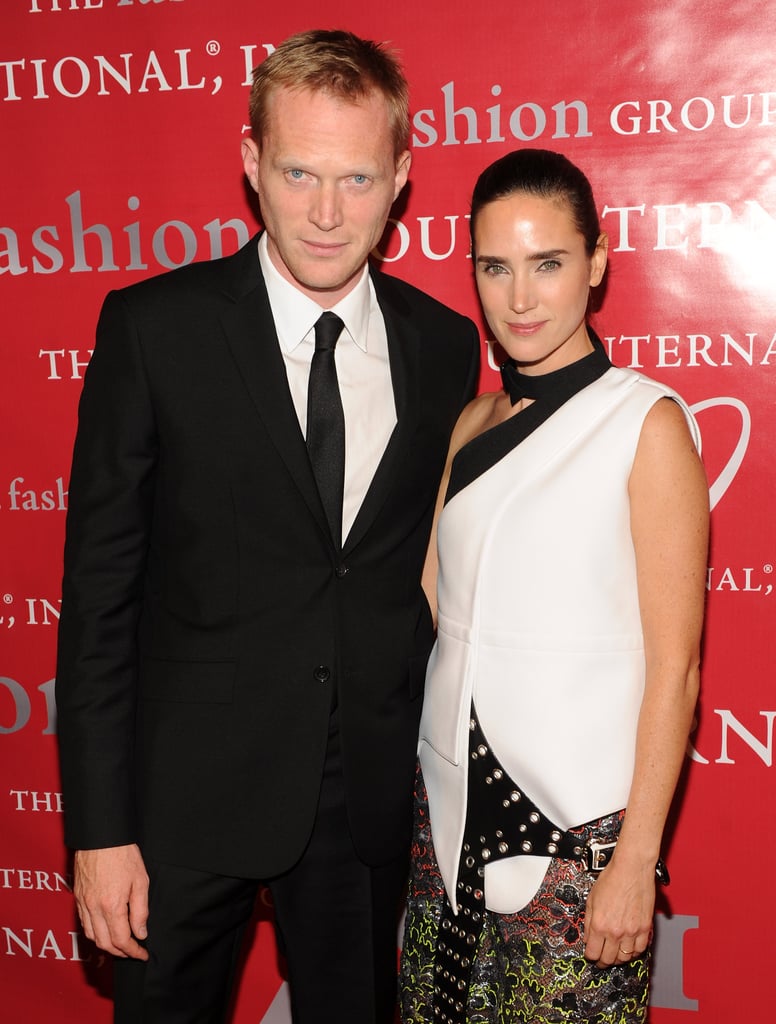 Previously unseen messages alleged to have been sent by the 55-year-old Pirates of the Caribbean star were read out in court this afternoon, in a pre-trial hearing in his libel battle with The Sun newspaper.

Depp, who is sat in courtroom 13 of the Royal Courts of Justice behind his legal team, texted Mr Bettany on November 6, 2013 to say: “Let’s burn Amber”, the court heard.

Later the same day, the court was told he messaged to say: “Let’s drown her before we burn her!!! I will f*ck her burnt corpse afterwards to make sure she is dead.”

Wow. How violent and frightening is that?

If you found out that your ex said that about you, how quickly would you take out a restraining order against them?

Adam Wolanski QC, barrister for The Sun and its executive editor Dan Wootton, said another text to Mr Bettany appeared to refer to an alleged “altercation” with Ms Heard on a plane in May 2014.

The message read: “I’m gonna properly stop the booze thing, darling… Drank all night before I picked Amber up to fly to LA, this past Sunday…Ugly, mate.

“No food for days…powders…half a bottle of whiskey, a thousand red bull and vodkas, pills, 2 bottles of Champers on plane and what do you get..???

“An angry, aggro Injun in a f*ckin’ blackout, screaming obscenities and insulting any f*ck who got near…I’m done.

“I am admittedly too f*cked in the head to spray my rage at the one I love…For little reason, as well I’m too old to be that guy But, pills are fine!!!”

“Powders” may refer to coke, and “Champers” is champagne. We do not know what kind of pills he took. 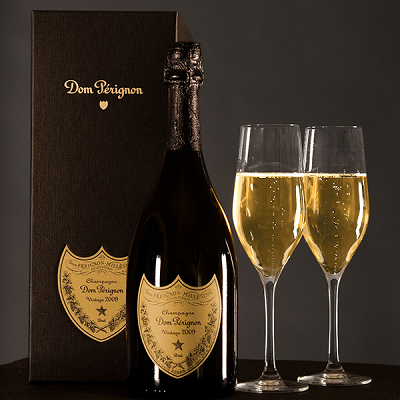 Mr Wolanski told the court Mr Depp is accused on the flight of “screaming obscenities” as he slapped Ms Heard in the face, kicked her in the back and threw a boot at her, before allegedly “passing out” in the plane toilet.

However the actor insists he was “sketching” during the flight and denies being drunk.

Mr Depp is suing The Sun and its executive editor over an article which alleged he had been abusive to his former wife Ms Heard.

…Mr Wolanski revealed the texts as he told the court Mr Depp’s previous solicitors had shared 70,000 messages with the newspaper’s legal team in an accidental blunder.

…The libel trial has been set for March 23 and is expected to last for ten days.

It took a screw up by his previous attorneys to get to the truth, but there you have it!

In the original blind item, we referred to him as a “a raging, blackout drunk and drug user.” Johnny Depp’s own words confirm that is true.

We are not going to name the other three women at this time as none have willingly come forward to tell their own stories.

While Amber Heard continues to take on Depp, the other women may have found that the safest way to deal with Johnny Depp is to simply not talk about him.

You can’t blame them.

Congratulations to Iamgreeny for being first to correctly guess that Depp and Heard were the two main subjects of this blind item!