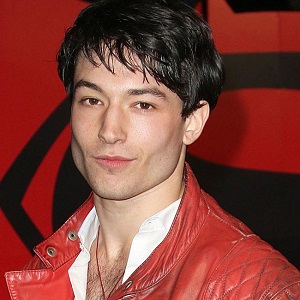 BG Note: The star of We Need To Talk About Kevin, Fantastic Beasts and the upcoming Flash movie is featured in the cover story of the November 7, 2018 issue of The Hollywood Reporter.

[The Hollywood Reporter] …A year later, Miller landed opposite Emma Watson in The Perks of Being a Wallflower, a more traditional coming-of-age story that put him on the top of studio wish lists. Flash and Beasts’ Credence somehow penetrated his Hollywood disaffection (they “resonate with my soul”). But he hopes to make more films with [Director Lynne] Ramsay, “the greatest director alive,” whose treatment by the film’s financier and producer after her firing from 2015 Western Jane Got a Gun enrages him. “Powerful men, they don’t know how bad they want to submit to a woman, a feminine power, but they should. I advise they do it immediately because they’re fuckin’ up the world.”

This bleeds into Miller’s own #MeToo moment, which he has never shared, with an unnamed director and producer.

“They gave me wine and I was underaged,” he recalls. “They were like, ‘Hey, want to be in our movie about gay revolution?’ And I was like, ‘No, you guys are monsters.'”

He’s on a roll now. “It’s a great f*ckin’ age of being like, ‘You know what? That shit’s unacceptable,’ And it’s amazing for a lot of us to watch. ‘Cause, like, we all knew it was unacceptable when we f*cking survived it. That’s what Hollywood is. I thought we all knew we were sex workers.”

Hollywood’s warped hierarchy brings out Miller’s intensity, but not nearly as much as the subject of climate change. In fact, that line of conversation brings the actor to tears. “Gaia, we don’t understand her. We don’t understand how powerful she is. We don’t respect her rights,” he says, shaking. “I’m just an emotional person. I just feel things differently. Yes, I’m crying already in the interview.”

BG Note: You can read the entire article here.

Similar: Desperate One Will Milk This

[Optional] Ezra Miller chose to wear a rather unique outfit to the premiere of the new Fantastic Beasts movie. Describe Ezra’s look in five words or less. 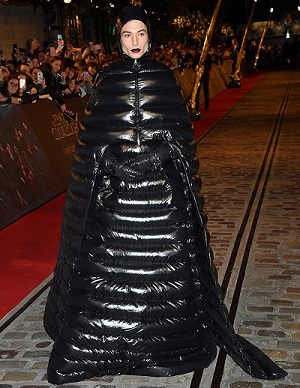