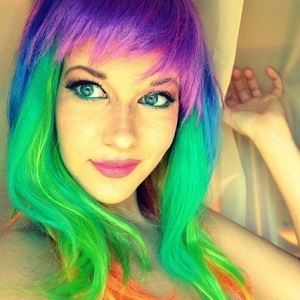 [Blind Gossip] This young actress received a lot of publicity during her first season on a TV show.

So, are things looking good for renewal?

No. She is very popular on social media and she the perfect demographic, but that may not save her. Ratings were below expectations. Another big factor they are talking about is how to rework her contract. Not just for dollars, but for “wellness” issues. She says it’s all an act and she’s just having fun, but she’s got them worried. I’d say chances for pick up are less than 25% at this point.

The “wellness” issues likely centers around her erratic behavior off the set.

What about the possibility of replacing her as the lead?

Everybody is replaceable, but when they replaced Charlie Sheen (on Two and a Half Men), the ratings for the show were so good that it made sense to replace him rather than cancel the show. That’s not the case here.

[Optional] You are the network exec. Cancel or renew? 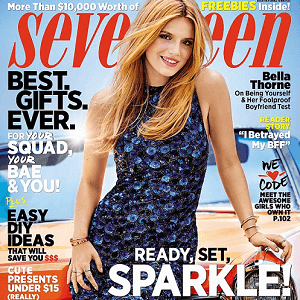 Despite her erratic off-set behavior, actress Bella Thorne will be back next season as the lead of Freeform channel’s Famous in Love! 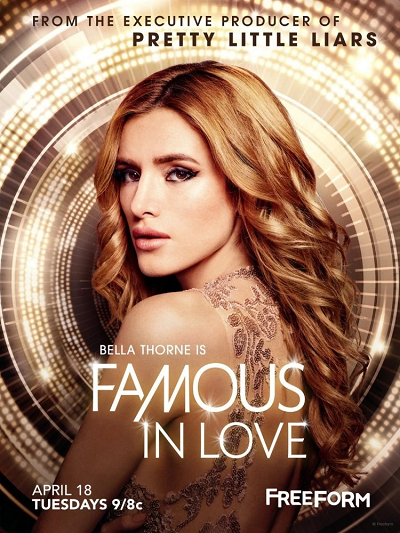 The ratings for the first season of the show were tepid. For example, in its penultimate episode, Famous in Love lost nearly 70% of lead-in Pretty Little Liars’ viewership. Ouch. 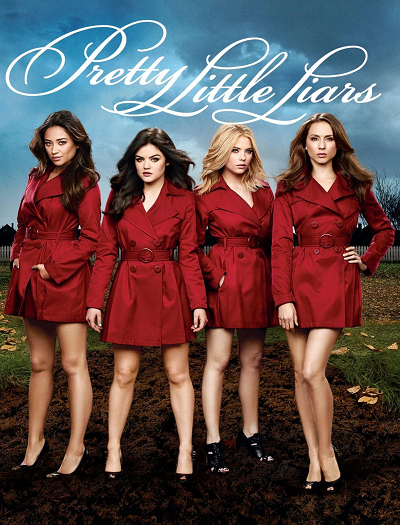 However, Freeform wants to build that young female demographic… and 19-year-old Bella Thorne has certainly worked hard to stay in the headlines and attract attention from that demographic!

Her behavior has been wild (and occasionally puzzling) over the past year. The exhibitionist outfits, the hyper-sexual behavior, and the choice of boyfriends (e.g. Scott Disick) are hardly befitting a serious actress. 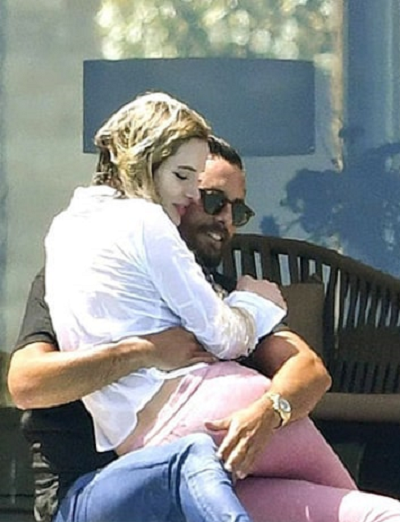 We frequently see this kind of behavior in reality stars, but rarely in a sober person who is aiming for a long-term acting career.

One minute Bella Thorne is all clean-cut and charming … and the next she is all nose rings and nipples. 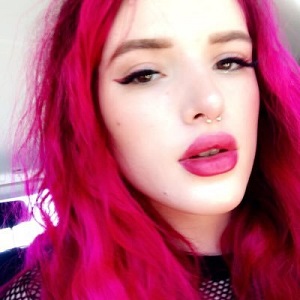 To her credit, we have heard that Bella Thorne’s on-set behavior is professional. She shows up on time, she knows her lines, and she hits her marks. She doesn’t create drama and she does her job.

Couple that with her tremendous social media pull (Twitter: 6.7 million, Instagram: 16 million followers) with a desirable demographic… and Bella Thorne keeps her job!

Congratulations to Troitoy for being first with the correct answer!

Bella Thorne’s social media popularity – and/or notoriety – may not be enough to save Famous in Love.

Some very reputable industry sources are saying that it’s cancelled. Some are saying that cast and crew are relieved that it is cancelled because of Thorne’s “diva-like behavior.” The show runner for Famous In Love, Marlene King, says that the show is not cancelled… yet… but that it might be.

None of that sounds good.

Meanwhile, Bella Thorne is reading all of this online. Uh oh!

So the showrunner hopped on Twitter to refute the diva charges and chide Freeform for not personally calling Thorne about the show’s fate.

If this is how I find out our show is canceled..I’m going to be so upset. Very hurtful freeform. I woulda liked a phone call maybe. 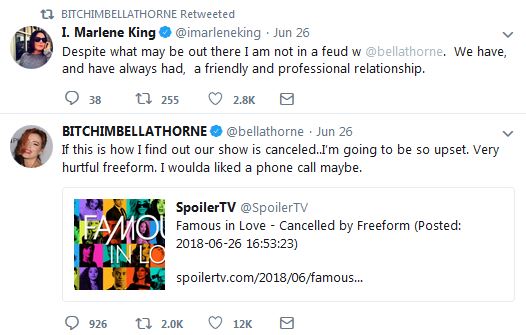 Even if the show does get cancelled, do not worry about Bella Thorne’s career! She has two movies out this year (plus a bunch of shorts)… three more movies in post-production… and one in pre-production!

Whew! This girl and her nose ring are busy WORKING!

The rating for the first season were mediocre, but they got even worse the second season. There was no coming back from that, so Freeform bailed. It’s just a shame that Freeform didn’t do a better job of communicating with cast and crew about the cancellation. 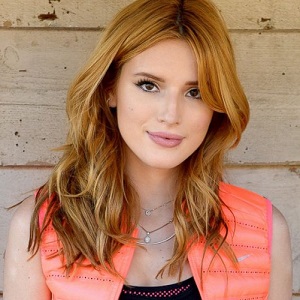