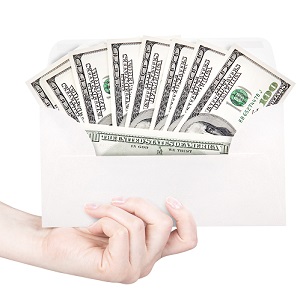 [Blind Gossip] This young couple consists of two actors. Due to her steady role on a popular TV show, she is much more famous and successful than he is.

However, neither of them want you to think that she “subsidizes” his lifestyle.

She makes about ten or twenty times as much as him so it’s not exactly even. She pays for the big things like the house and the cars and gives him “gifts” of cash. It’s usually $10,000 or $20,000 in an envelope. It’s not an allowance, though!!! He’s not a child and it doesn’t happen every month!!! It’s just so he can pay for things himself and not be dependent on her. She likes it when he takes out his card to pay for dinner or whatever. It makes them both happy, so no big deal.

Yes, getting big wads of green “gifts” from his much younger girlfriend certainly sounds very independent to us!