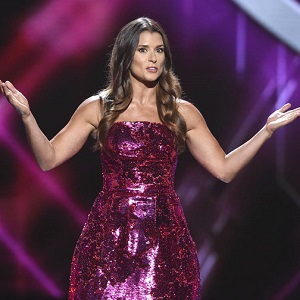 [Blind Gossip] While the ESPY Awards are supposed to be about sports, there is always an interesting mix of actors, musicians, and models who join in for the festivities.

Let’s talk about one particular encounter that we heard about!

This beautiful TV and movie actress is on the market again. She has been single since splitting from her messy actor husband. Actor moved on, but she has been slow to date someone else.

That may change. Why? Because a famous athlete at the awards took a fancy to her… and she seemed receptive!

He told her that he’s had a crush on her for years but he never made a move on her because she was married and he wanted to be respectful. She gave him her #, so he’s hit her up by text and phone since the show. She is his dream girl and he would be thrilled if she would say yes to a date. She isn’t discouraging him so far. He said that their first phone conversation lasted more than thirty minutes, so he really thinks she’s going to come around!

That would be an interesting couple!

Not Danica Patrick, who was the host of the 2018 ESPY Awards.

[Optional] Be creative: Write a caption for the above photo of Danica Patrick!