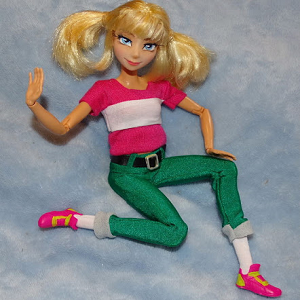 [Blind Gossip] These two actors are in a relationship.

Hey, it works for both of them.

He is tall and handsome movie star. We’ll call him Tree.

She works in movies and is quite pretty. We’ll call her Doll.

Let’s talk about how Tree and Doll got together!

It’s interesting… and a little weird.

It all started with another actress, who we’ll call Kicks.

A few years ago, Kicks was slated to be paired up with a much bigger movie star then Tree. Richer and even more famous.

You see, Bigger was looking for a new wife, and Kicks was being seriously considered for the role. We call it a role, because that’s essentially what it was. A job.

Kicks went through several rounds of interviews – yes, that’s the way that Bigger does it – but it didn’t go well. Kicks just could not see a wedding and a marriage with Bigger.

It was all a little awkward.

While Kicks decided that she didn’t want the role of Bigger’s wife, she did want him to cast her in his next movie. Yes, she was hungry for career advancement. Just not hungry enough to marry Bigger!

Bigger did, in fact, cast Kicks in his next movie. Also cast in the movie? Doll.

Kicks was then paired up with Tree. Why not? Tree was a tall, handsome movie star. He was not as big a star as Bigger, but there was still lots of publicity to be gained from being seen with him!

Doll told Kicks she was looking for a new man.

Kicks had an idea!

She explained it like this: he is really, really good looking and he isn’t a jerk. It’s easy time and you’ll get a ton of publicity.

Did Kicks try to set up Doll with Bigger?

No! That would have been hard time.

Kicks decided that she was not into “dating” Tree.

So Kicks and Tree “broke up.” Kicks “set up” Tree with Doll. Tree and Doll started “dating.”

Bigger is still looking for a wife. Any takers?

[Optional] Would you take the role of Bigger’s wife? Why or why not?