[Blind Gossip] We know you’re hungry for gossip on a Monday morning, so gather ’round! We have a couple of EXCLUSIVE bits of gossip about a very famous young celebrity!

You may have heard that our beautiful young film star has been house-hunting in a major city.

Well, our spies tell us that she has narrowed it down to four properties, all in very high-end buildings. Her budget is $8+ million. She is concerned about security. She wants three to five bedrooms.

Why does an unmarried, single girl with no children need so much space? Because we found out that she and her boyfriend are moving in together! Despite rumors that their relationship is on the rocks, they are fine, and they are taking their commitment to the next level by cohabiting! The extra rooms are for his child/ren when they stay over.

Now for the weird part.

At first, the agents were puzzled about why she wanted to do such an incredibly narrow search. When they figured out who lived in that building, though, their puzzlement turned to surprise.

So, just who lives in that building that is the center target of her search?

Just how close will they be? All four of the properties that our young actress is considering are within 500 feet of the ex-wife’s front door!

[Optional] Do you think our young actress is doing the right thing? What advice would you give her? Blind Gossip told you first: Jennifer Lawrence and Chris Martin are moving in together! Their new home will be in Tribeca. They will be less than 500 feet away from Martin’s ex, Gwyneth Paltrow.

We had the story ten days before anyone else, but there is finally confirmation that everything we told you is true.

for herself, Chris Martin and his kids

Jennifer Lawrence is ready to play house with Chris Martin and his kids.

The Hollywood starlet, who’s been eyeing multimillion-dollar condos all over Tribeca in recent weeks, has stepped up her game by scoping out a pad with three bedrooms or more so she can accommodate Martin’s son, Moses, and daughter, Apple, sources told Daily News real estate editor Katherine Clarke.

The “Silver Linings Playbook” and “Hunger Games” star was recently seen clutching a brochure for a three-bedroom, 3.5-bathroom pad at 443 Greenwich St. The asking price: a cool $15.25 million.

Lawrence and Martin appear to be spending more time together, and with Martin’s school-age kids on summer vacation, Lawrence may well find herself playing the doting stepmom.

The downtown building boasts a 71-foot lap pool, a full workout center, a temperature-controlled wine cellar, a stunning 5,000-square-foot courtyard garden and an underground parking garage. The latter is a plus that would help the actress come and go without running into paparazzi.

Lawrence has also eyed apartments at nearby condos — the Sterling Mason at 71 Laight St., where there’s a five-bedroom pad available for $9.9 million, and 429 Greenwich St., which has a $10 million ninth-floor unit available.

Chris Martin knows the neighborhood; he lived there with Gwyneth Paltrow. 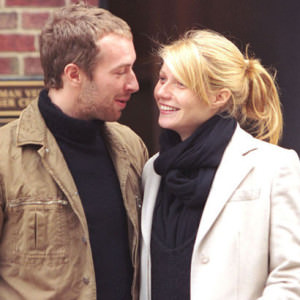 Both buildings have a distinctly industrial flavor. The Greenwich St. building was originally a factory producing lanterns for horse-drawn carriages; its bones are intact, including arched doorways with original stamped-metal fire doors and 12-foot barrel-vaulted ceilings.

The listing brokers for both properties declined to comment.

The common thread in all of these buildings? They’re within easy walking distance of the three-bedroom penthouse at 416 Washington St. that Martin shared with Gwyneth Paltrow before their “conscious uncoupling” in March 2014. The rock star and actress bought that home in 2009, and neat freak Paltrow, who still lives there, soon stripped and redesigned it with a white marble kitchen and all-white decor, down to the appliances.

The three buildings mentioned in this article are all within 500 feet of Gwyneth’s house. There was actually also a fourth building that Lawrence checked out. That building was The Hubert, located at 7 Hubert Street. Jennifer’s frequent costar, Bradley Cooper, had also considered an apartment in that building. Jennifer nixed it as one of her top choices. Although it is also in Tribeca, it is almost 1000 feet away from Gwyneth’s front door. That’s much too far.

Although Jennifer Lawrence is buying a place, don’t expect to see her name on the deed. She had her attorney create a private trust for the home.

We hear that Jennifer is leaning towards 443 Greenwich. It’s a mid-rise converted warehouse, with big, loft units. The units she likes have a view of both the street and the courtyard. (Side note about the courtyard: Residents can look at the courtyard, but they aren’t allowed in the courtyard. Weird.)

She also likes the marble bathrooms. She likes the playroom for the kids. She also likes the way the lower-level private lobby is situated because it will allow her and her “roommates” and guests to enter and exit the building without anyone seeing them.

Below is a map of a very small part of the lower west side of Manhattan. The area in the red circle contains Gwyneth’s apartment and the three apartments mentioned in the article. The fourth apartment is one block south and east of the circle. Below are some pics of 443 Greenwich, the building toward which Jennifer is leaning right now. You’ve got to love that bookmatched marble behind the bathtub! That is the private entrance we were talking about. Congratulations to selexieb for being first with the correct answer!